New homes hold the promise of worry-free home-ownership. Unfortunately, that's not always how it turns out. We take a look at how to fix problems with your new build home. 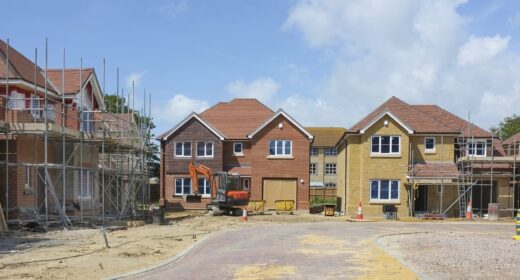 Problems in a new build home

Since 2005, on the instigation of the government, the House Builders Federation (HBF) and NHBC – the new homes warranty scheme – have commissioned an annual survey on satisfaction with new homes.  In 2019/2020, it was reported that 88% of buyers were satisfied overall with the quality of their new home and 91% would recommend their builder. Less flattering is that almost one third (30%) of buyers said their new home had more problems than they had been expecting.  The survey also revealed that 41% said they had reported more than 10 problems to their builder and more than a quarter (25%) said they had reported in excess of 16 problems. This reflects a worsening trend since 2015.

Many buyers realise only too late, that while a property is likely to be the most expensive thing they ever buy, it is one of the least-protected by consumer law. With most goods, be it a cabbage or a toaster, you have the right to reject them and demand your money back if they fail to live up to expectations. Property, however, is exempt from the Sale and Supply of Goods Act, with the result home buyers are stuck with faulty properties.

What can you do about problems in a new build home?

If your home is less than 10 years old – even if you are not the first owner – it is almost certainly covered by a warranty. Home builders would struggle to sell a property without a warranty, as mortgage lenders usually insist on this. In 80% of cases this will be the Buildmark policy provided by NHBC. Other policies include BLP, LABC, Premier Guarantee and Checkmate.

Most of these policies work on the same principle to fix problems with your new build home:

You should also be aware that policies, such as the NHBC’s, may not cover all design and construction problems. For these, your only option may be to sue under the builder’s contract.

Before the initial two year period expires, you should give your home a thorough going-over. Write a final report for your builder of any outstanding problems with your new build home.

Get a New Build Snagging Survey

Whether you're about to complete on a new build home or have moved in to find problems, we can connect you with an independent on-site snagging inspector today.

Get a snagging survey quote online

One option for identifying and fixing problems with your new build home is to employ a surveyor to undertake a ‘snagging survey’.  They will list defects which need attention and send copies to you and your builder. The advantage of using a professional firm is that it is likely to spot more defects than homeowners would typically report themselves. Given the number of complaints and calls for help we get from visitors to our website, we have teamed up with one of the best known snagging inspectors in the UK, New Build Inspections. Unlike many other snagging companies, they never work for developers or builders so can retain their independence. Their prices start from £380.  At its best, a snagging survey will help apply pressure on a builder to sort out defects.

Get in touch with our professional onsite snagging inspectors today

Next steps to fix problems with your new build home

Even armed with a professional snagging report, there is no guarantee that your builder will take any notice of problems during the first two years. If your builder does not respond satisfactorily to the problems you have identified with your new build home, your next move should be to escalate your complaint to the NHBC – or other warranty provider – directly and as soon as possible.

You will fare better if you:

If you don’t receive any satisfaction from your warranty provider you could:

If you are still unsatisfied with your builder’s response after contacting your warranty provider you can either take a legal route – which is certain to be expensive – or you could also consider some form of direct action in an attempt to shame your builder into taking your complaints seriously. Homebuyers have, for example:

Before pushing the nuclear button, however, you should be aware:

Never fail to apply a common sense test. For small problems, such as badly-painted walls or minor cracks, it might be better to give up pursuing your builder, get out a paint brush or some filler and sort out the problem yourself, rather than spend time and energy fighting your builder – even if it leaves you dissatisfied with the service you had expected.