What is the best day to move house? 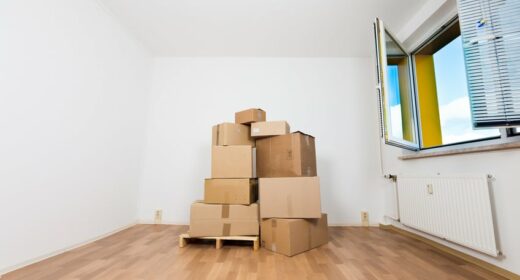 In amongst all the decisions involved in moving to a new house you also need to decide what day to move house. If you are buying a house, this is likely to be the day you complete on the purchase if you are also selling on the same day. But, you should still have some say over when your completion day is. So, here we look at which day most people move house, whether that makes it the best day to move, and what days you should avoid.

When do most people move house? August is the busiest month to move with 12% of movers choosing August as their preferred month, followed by July (10.5%). Source of data: Reallymoving removals quotes data from 2007-2020. The busiest day of the year to move is typically the last Friday in August.  This day is almost 4 times busier than an average moving day.

Why do people prefer moving on Fridays?

Friday is the most popular day to move house for two reasons. Firstly, people like it as it allows them the weekend to unpack and settle into their new home without taking too much time off work. Secondly, because Friday is popular with so many people, those buying in a housing chain are often forced to move on a Friday.

Why should I try to avoid moving on a Friday?

Despite its popularity, there are quite a few downsides to moving on a Friday…

Sometimes, bank money transfer systems can get overloaded, particularly the last Friday in the month. You need the transfers to take place to ensure you don’t end up homeless for the weekend. Research by the Homeowners Alliance found that 115,000 home moves are delayed every year. One of the most common reasons for this is money not arriving in time. If your move is delayed it could cost you dearly. Our research found that delays cost homebuyers an average £509, but one in seven lost over £1,000. That’s a very good reason to try and avoid moving on a Friday.

If something were to go wrong, the advantage of completing and moving on any other weekday but Friday is that your solicitor will be in the next day to help resolve problems.

If there is a problem with your new home, it could prove difficult or expensive to hire a tradesman to come and fix it on a Friday afternoon or over the weekend.

A lot of people want to move on a Friday for the chance to unpack at the weekend… but we all know in reality it takes a good while longer than that to unpack! This means removals companies will be much busier on Fridays. This means it could cost you more to move on a Friday. Read our guide to removal costs to find out more.

Collecting keys might also take longer on a Friday as estate agents manage the rush.

What do I need to watch out for when moving on Friday?

If you are in a chain it will be almost impossible to dictate the move day, and chances are it will be set for a Friday. In these instances:

with instant quotes from quality removal firms in your local area

with instant quotes from quality removal firms in your local area