Housing ladder broken at every step

Our latest research by YouGov shows the extend of the housing crisis with 7.5 million locked out of homeownership; 3 million want to move but can't; and 1 million older homeowners have nowhere to move to. 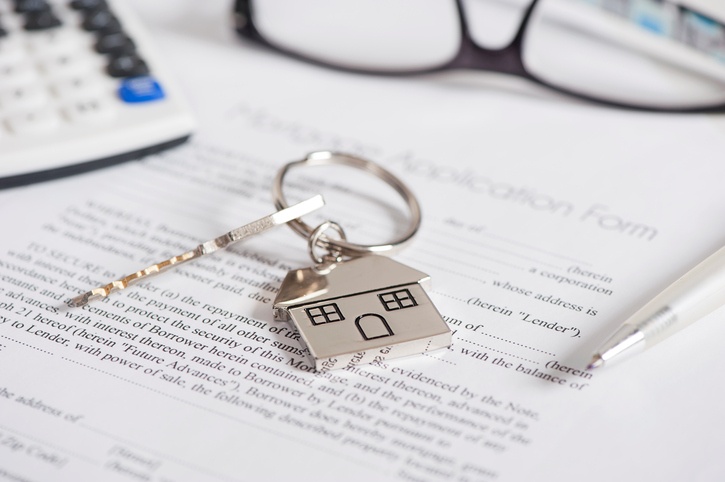 The UK’s housing market is broken at every level with everyone from first timer buyers, second-steppers to downsizers struggling, latest research has revealed.

According to our Homeowners Survey 2018, polling over 2000 UK adults online, on behalf of HomeOwners Alliance and BLP Insurance, millions of UK adults are failing to realise their dream of homeownership or are stuck in houses that are unsuitable for their needs as a result of affordability issues and lack of properties.

The study found that while almost three in four non-homeowners (74%) want to own their home one day, affordability problems are preventing them from doing so. The main reasons cited for not being able to buy their first home include: property prices are too high (66%), difficulty saving for a deposit (58%) and difficulty getting a new mortgage (31%).

Of the 1.2 million4 homeowners age 18-54 (second-steppers), who have considered a move in the last two years but did not do so, 50% were moving to find a bigger property, suggesting these homeowners may be in homes too small for their needs.

Worryingly, considering how little they are considered in the Stamp Duty debate, second-steppers (homeowners age 18-54) are more likely than others to say the tax is a barrier (24%). This means Stamp Duty is a bigger concern for second-steppers than for any other segment of the market.

For last time buyers, one in five (20%) homeowners aged 55 or over considered a move in the past two years but have not done so; with lack of suitable housing (46%) the main barrier for following through with the plans.

A massive 46% of these last time buyers cite lack of suitable housing as a reason preventing their move, equating to more than 1 million3 homeowners.

“These figures show the true scale – and indeed, the breadth – of the problems facing the housing market. Buyers and sellers at every single level are being met with problems and it’s clear that tinkering with just one area will not solve this crisis.“

“The housing market is broken at every level. A massive 74% of people want to own their own homes, yet millions face the realisation that might never happen. At HomeOwners Alliance we’re doing all we can to help those struggling in the market with advice, calculators and tools but there needs to be some drastic action to address this. The government needs to come up with a long-term strategy. If 7.5 million people being locked out isn’t a tipping point, what is?”

Kim Vernau, Chief Executive, BLP Insurance, says:
“A comprehensively integrated approach is needed to cure the ills of the housing market. Government policies such as the abolition of stamp duty for first time buyers may have created positive headlines but it ignores the needs of large swathes of potential buyers. By recognising the interconnected nature of the housing market and implementing policies that will positively affect all, real progress can be made.”

“One of the biggest challenges facing the sector is incentivising elderly individuals living in large, former family homes to downsize. Constructing an adequate stock of purposely-built homes for last time buyers, that meets their specific needs, has the potential to free up housing stock for first and second time buyers and inject much needed impetus into the whole market.”

Affordability is the main barrier to getting on the ladder for aspiring first-time buyers The main reasons cited for not being able to buy their first home: property prices too high (66%), difficulty saving a deposit (58%) and difficulty getting a mortgage (31%). Figure 5.

Nearly a quarter (23%) of second-steppers (homeowners age 18-54) considered a move in the past two years but did not do so; equating to 1.2 million (footnote 4) homeowners.

Half of second-steppers looking to move but not following through, wanted to do so for a bigger property; suggesting these homeowners may be in homes too small for their needs. Figure 3

Affordability is the main barrier preventing a move for second-steppers (homeowners age 18-54 who considered a move but did not). Stamp duty and being able to increase an existing mortgage are relatively bigger issues for this group.

One in five (20%) homeowners aged 55 or over considered a move in the past two years but have not done so; equating to more than 2 million (footnote 3) homeowners.

Lack of suitable housing is the main barrier among ‘Last-time buyers’, homeowners age 55+ who considered a move but did not proceed

46% cite lack of suitable housing as a reason preventing their move (equating to more than 1 million3 homeowners). Figure 5

Nearly two thirds (64%) of homeowners 55+ who considered but did not move say it was difficult to find a property with the characteristics they were looking for. Figure 4

Figure 1: Trend Aspiration to Own (Among Non-Homeowners): 2013-2018 Homeowner Survey

Figure 5: Barriers to Moving/ Being able to Own The first step in any home improvement project is determining whether Planning Permission is required. See our advice here >

Assuming Planning Permission is needed, the next step is to determine local planning restrictions, targets and preferences so you can tailor your project accordingly. Unless you already have a local architect designing and submitting your plans, a good planning consultant should be able to help you through this process.

In some cases a Planning Application may be rejected. Keep in mind that you can always put in a Planning Appeal by modifying your application and hopefully getting it closer to meeting the requirements of local planners. Using an expert with experience of successfully appealing, particularly against your local authority, may make the process a lot quicker and a lot cheaper.

Filling in this form here will instantly give you a list of people who can help you. They will be a mixture of Building Surveyors, Structural Engineers, Architects, Drawing Technicians and other people familiar and experienced with the application process. In addition to their contact details you will also be given details of their experience and qualifications to help you make a choice.

We recommend you phone some of them and speak in general terms about your requirement. Before appointing a consultant and placing an order you should reassure yourself that your chosen supplier has satisfactory experience to provide the level of service that you require.