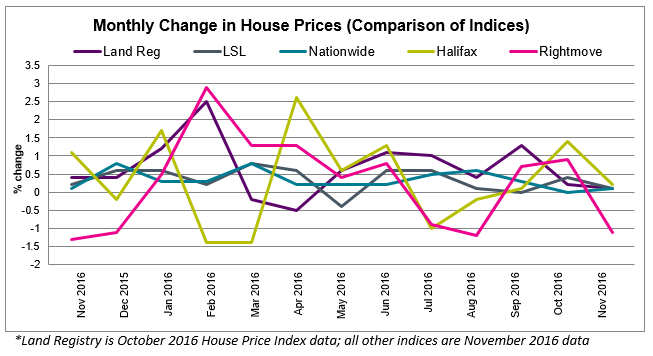 UK home sales edged upwards in the past month — up 1% between September and October, although 8% lower than the same month last year (HMRC seasonally adjusted figures). Transactions have been below 2015 levels since the surge in sales in March (ahead of stamp duty changes on second homes).

Mortgage approvals for house purchases, a leading indicator of completed house sales, increased for the second successive month, rising by 6% between September and October (Bank of England).

Supply remains tight and could be a brake on activity

Homes available for sale is at record low according to RICS with no increase in stock for 9 months.  Rightmove say that new listing numbers are up by just 2% and available stock for sale per agent is down 5%.

House prices have fallen in a number of regions

London has seen a marked slowdown since June (dropping from 13.8% to 7.7%) annual growth.  LSL analysis suggests the drop in London house prices is occurring in prime central London where four out of five of the most expensive areas saw prices fall in the last month. 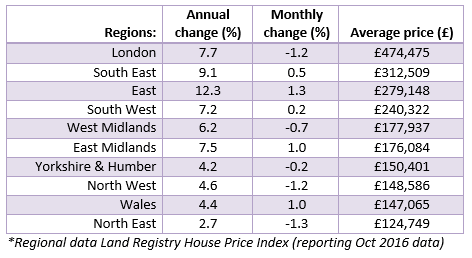