A programme welcomed by first time buyers to build 60,000 discounted starter homes for first-time buyers has not delivered a single one, four years after it was launched with a £2.3 billion commitment. The scheme had public support, so why not and where did the money go? 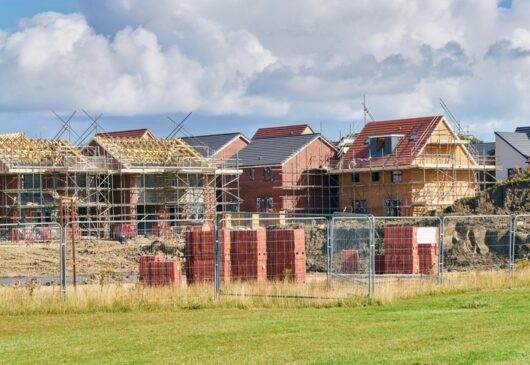 An investigation by the Whitehall spending watchdog, the National Audit Office, has found that the government had failed to deliver any of the 200,000 homes promised under the Starter Homes Initiative.

The scheme was launched in 2015 to help hit the target of a million homes by the end of 2020, and played a part in the 2015 election as a housing pledge in the Conservative manifesto.

The scheme was designed to help first-time buyers under 40 to buy a home with a 20% discount to the selling price.

The November 2015 Spending Review subsequently provided £2.3 billion to support the delivery of 60,000 Starter Homes (of the 200,000 previously announced).

Why haven’t homes been built?

Between 2015 and 2018, though, the NAO report that the government’s policy towards the Starter Homes Initiative shifted. In May 2018, the Minister of State for Housing and Planning stated that the government had spent an estimated £250 million of the Starter Homes Land Fund. In July 2018, the Department said that building had not yet started. The funds were was rolled into other housing schemes and secondary legislation needed to get the scheme off the ground never passed. So not one house was built.

Meg Hillier, chairwoman of the public accounts committee, said: “Since 2010 many housing programmes announced with much fanfare have fallen away, with money then recycled into the next announcement. The department needs to focus on delivery and not raise, and then dash, people’s expectations.”