In the news this week, the latest UK property news

This week's news reveals the return of the sub-1% mortgage, how Vote Leave areas are recording the highest house price growth and Brits warned to review their wills to ensure they are inheritance tax efficient. Best buy mortgage rates have dropped below 1 per cent for the first time in more than two years.

Halifax cut the rate of its two-year tracker from 1.18 per cent to 0.98 per cent last week for those borrowing at 60 per cent loan-to-value.

Moneyfacts data reveals that it is the first time rates have dropped this low since July 2017 when Tesco Bank offered a two-year tracker at 0.98 per cent. However, at the time the Bank of England base rate was at just 0.25 per cent, compared to 0.75 per cent today.

The comparison illustrates the extent to which lenders’ margins are being squeezed by intense competition as Tesco’s deal from 2017 was 0.73 per cent over base rate, while the current offer from Halifax is just 0.24 per cent over the Bank’s official measure.

Take a look at today’s best rates from lenders and get an overview of mortgage options now. First-time buyers are taking more than ten years to save for a deposit in London and less than three years in Blackpool, according to a report.

The North South property divide is laid bare in the latest analysis by Post Office Money which shows the lengths people in different regions have to go to get onto the property ladder.

It shows that while the inflated housing market in the South might benefit existing homeowners, buying a property remains a distant dream for many people.

Despite recent falls in house prices in London and the South East, the report shows it now takes a first time buyer ten years and nine months to cobble together enough money for a £170,003 deposit on the average home – costing £538,132.

In stark contrast, it takes just two years and nine months to save up for a typical £21,696 deposit to buy an average £110,000 home in Blackpool.

But there are ways to help speed up the process of saving for a deposit! Inheritance Tax: Brits warned to review their will – The Express

Inheritance tax is the tax paid on a deceased person’s estate above a certain threshold. Following the introduction of the Residence Nil Rate Band, a tax partner has warned members of the public to review their wills to ensure it is “Inheritance Tax efficient”.

The standard inheritance tax rate is 40 percent, and is usually paid on the value of one’s estate above the threshold (which is normally £325,000), and if everything above the threshold has not been left to a spouse, civil partner, a charity, or a community amateur sports club.

Mr Scott also urged members of the public to seek advice as well as review their wills, saying “It is highly recommended that individuals take advice on their potential Inheritance Tax liability position. “Wills should be reviewed to ensure they are Inheritance Tax efficient.

Check out the HomeOwners Alliance guide on inheritance tax which sets out the fully legitimate methods for reducing tax and maximising your loved ones’ inheritance. 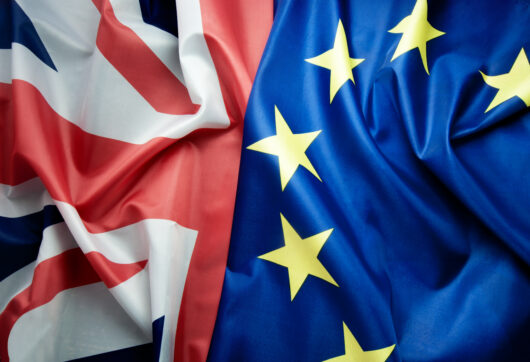 House prices have increased the most in Leave-voting areas of the UK since the EU Referendum, research from Proportunity has found.Castle Point (23%), Wellingborough (21.70%) and Thanet (21.60%) are leading the way, all of which are strong Leave areas.

Leave areas have seen 9.97% of average growth since 2016, while Remain areas have only grown by an average of 8.13%, although Remain areas typically had higher property prices to begin with.

Vadim Toader, chief executive and co-founder of Proportunity, said: “While there may have been concerns that Leave-voting areas in England and Wales would be hardest hit by a drop in EU trade post-Brexit, their property markets have been outperforming Remain areas since the referendum result was announced.

Find out what’s happening to house prices in your region with our monthly House Price Watch. Pensions experts are warning savers to stop relying on property as an alternative source of retirement income.

HM Revenue and Customs says that savers withdrew £2.4 billion from their pots in the third quarter of 2019 — an increase of £400 million or 21 per cent compared with the same period last year. In total £30.7 billion has been withdrawn since April 2015.

Research by Royal London, a pensions company, shows that 29 per cent of savers approaching the age of 55 (the age at which you can access a pension) are considering taking out money to buy a property and become landlords.

Many analysts say that withdrawing your whole pot to do this would be a disastrous move.

Find out why by reading the full article.