New build warranties aren't all they seem. Home buyers opting for new properties are being left exposed by warranties that fall short of their needs and expectations... New homes are often marketed by developers with the promise of lengthy warranties offering peace of mind. Indeed, 58% of people who have bought these types of home in the last 10 years think that the warranty was an advantage over an older property. But home buyers opting for new build properties are being left exposed by warranties that fall short of their needs and expectations.

The 2017 Homeowner Survey conducted by YouGov for HomeOwners Alliance and BLP Insurance demonstrates that there is a clear mismatch between consumer expectation and reality. Nearly half of new build property buyers in the last 10 years (46%) expect the full 10-year warranty to cover minor snagging issues on their new build home when, in actual fact, standard warranties cover issues that relate to or affect the structure of the home.

The survey findings further reinforce conclusions from the All Party Parliamentary Group (APPG) report ‘More homes, fewer complaints’, which stated that consumers think a warranty is a hallmark of absolute quality. Often warranties cover far less than consumers assume, in responding to the 2017 Homeowner Survey, comments such as “Covered so little it was virtually worthless” and “The cover was minimal and far below expectations” were typical responses to the survey. Amongst consumers who have bought new build properties in the past ten years, the most common misperceptions around the types of faults which aren’t covered by the full 10 year warranty are electrical and wiring faults (71%), plumbing faults (63%), insulation and draft faults (58%).

Nor do many consumers appreciate that for the first two years after completion, it is down to the builder to sort out defects and after that the warranties cover matters that affect the structure of the home. Again, comments such as, “NHBC said everything I asked about wasn’t their problem” and “Builder very reluctant to snag and nothing seemed to be covered by NHBC warranty” were typical. Consumers also complain that where a problem was covered by the warranty, the provider was reticent to step in and help resolve disputes with the builder.

Commenting on the findings, Paula Higgins, Chief Executive of the HomeOwners Alliance said: “The house building industry needs to do a better job at helping buyers to understand the warranty system for new build homes, how it works and how warranties are structured. Where things do go wrong in the initial two-year period, they should be resolved swiftly. If problems aren’t fixed, the warranty provider needs to have the clout to compel developers to act. Consumers expect and deserve a warranty system that provides no fuss cover when problems arise as well as speedy payments for more complex issues.”

The main providers of new build warranties include NHBC, LABC and PremierGuarantee. The NHBC, which provides warranties for approximately 80% of new homes in the UK, has asked the Competition & Markets Authority (CMA) to reconsider some of the rules that bind it (imposed in 1995) now that there is more competition from other providers and more choice for house builders. In addition, the housebuilding industry has come under mounting pressure to raise quality standards from the aforementioned APPG report into the quality and workmanship of new housing in England.

Consumers who have bought new build properties in the past ten years have three clear areas of importance. They want the warranty provider to take the lead on:

The problems caused by high expectations around warranties are unlikely to help new build homes become more popular. This is a real issue, with twice as many UK consumers (47%) saying that they would prefer an older home that’s more than 10 years old, to a new build home  (21%). 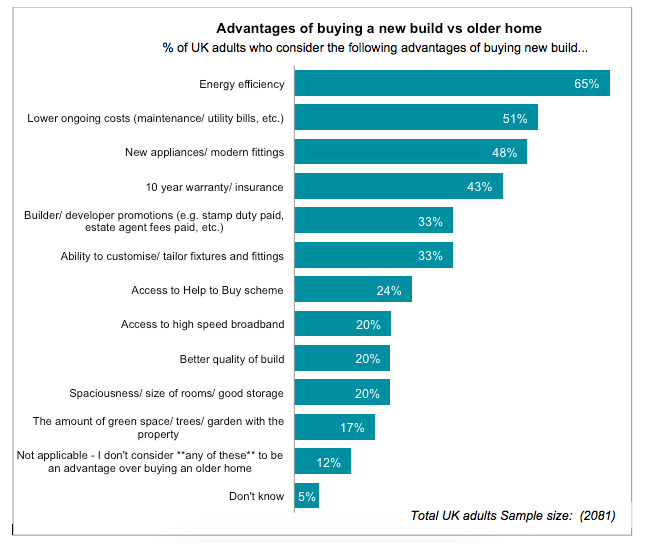 Figure 3: Faults New Build Homeowners Expect To Be Covered By Their Warranty Insurance 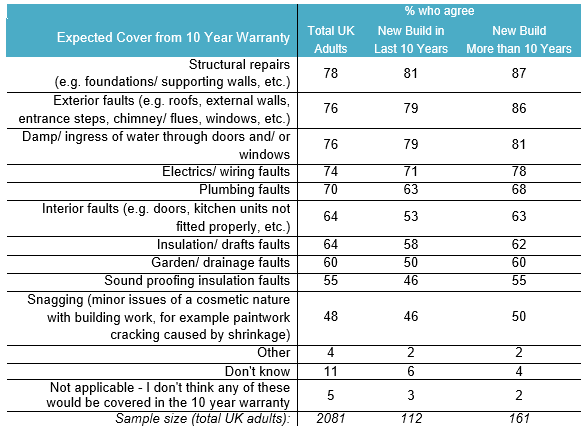 Lengthy or difficult claims process / Unwilling to pay out

Warranty provider no help in sorting problems with builder

Second purchaser of property / no cover

Not a reputable Warranty provider

Figure 6 – Warranty Insurance – What Consumer Ideal Would Be 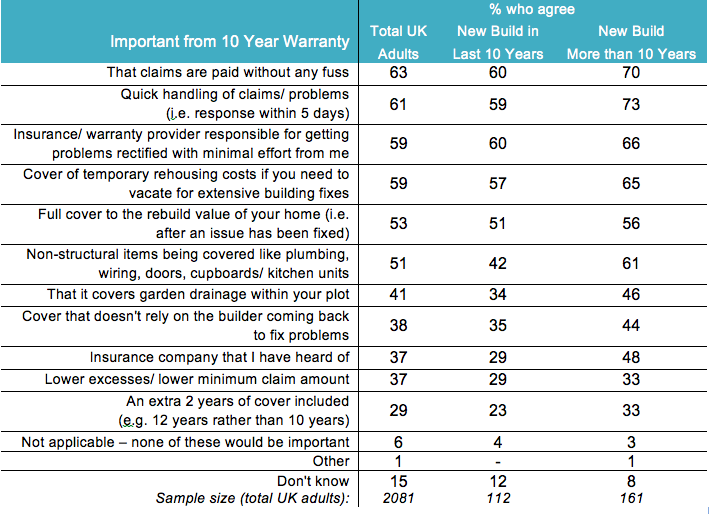 Figure 7 – Warranty Insurance – What Consumer Ideal Would Be (Most Important) 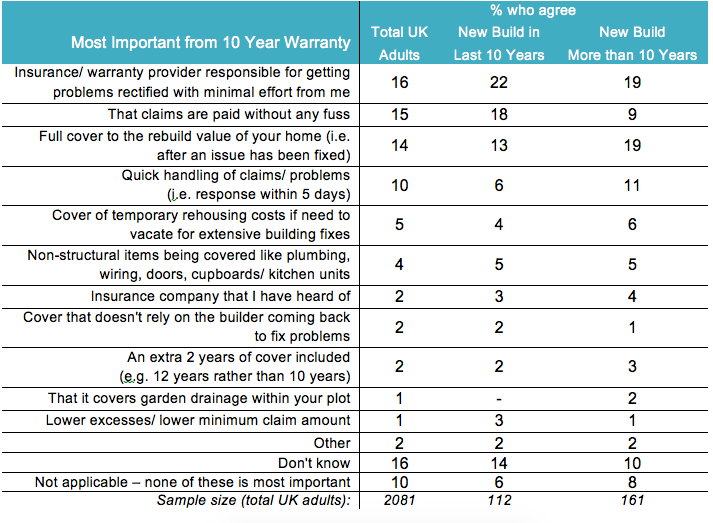