What to watch for when buying a converted flat

Converting unused offices and retail properties into residential flats seems like a good idea: more homes in areas people want to live and better for the environment. But these conversions aren't always up to standard. Here's why and what you need to watch for when buying a converted flat.

A converted flat in a period home has been a feature of the UK housing stock for some time. But  ‘office-to-resi’ conversions have become more widespread since 2013 when the government incentivised them with a change to permitted development rights.  That has meant that rather than having to gain full planning permission, developers only needed to secure ‘Prior Approval’ – a light touch alternative to full planning permission.

The conversion of redundant offices, retail and industrial buildings into residential homes seems like a good idea in principle: making use of unused buildings to provide much needed housing in urban areas.

However, the change in rules since 2013 meant relying heavily on developers to act responsibly. Many developers have, but too many haven’t. The worst examples have often resulted in tiny flats.  13m2 (the size of a typical double bedroom) has not been unusual, and a few have been just 8m2 (the size of a typical child’s bedroom). Some homes have even been without daylight.

This means buyers of converted flats from offices really need to beware.

Following widespread press coverage, and a damning independent report commissioned by the then Secretary of State, the late James Brokenshire, the government was forced to concede that some of these converted flats were unacceptable.

In 2020 it introduced a law requiring that all habitable rooms in office conversion to residential homes must receive daylight. Under pressure again (as it became clear that some of the smallest flats would be deemed ‘unfit for human habitation’ if tested in court), in September 2020, the government ruled that from 6 April 2021 all new permitted development right conversions would have to meet the Nationally Described Space Standard (NDSS). That means that the total internal floor area of any future office to resi converted flat must be at least 37m2.

Buying an “office to resi” converted flat in 2022

Julia Park, architect and Head of Housing Research at Levitt Bernstein, explained to us that while government changes have addressed the issue of space and light, these converted flats still have significant issues.  The government has also extended permitted development rights to the high street. Most shops takeaways and restaurants, and many other ‘community buildings’ such as gyms and dry cleaners, can now be converted to housing without planning permission.

Very few of these conversions have any private or shared outside space (something that has become even more important since COVID) resulting in many people, including families, having to spend lockdowns at home without even a balcony. Some are located on very noisy and polluted streets and others on business parks, sometimes miles from shops and schools.

Since space standards were applied the number of office-to-residential conversions achieved has dropped substantially, but it’s difficult to know how much of this is due to the new space rules, how much to COVID, and how much to the fact that the ‘easy wins’ (the cheapest, most run-down office buildings) have already been converted.

The message to would-be purchasers is think carefully. Confront the reality of living in a shop window or a converted office block, ask yourself how secure you will feel and how much of the space is liveable, as well as what goes on either side, behind and above you.

The pros of “office to resi” converted flats

For buyers and renters, the main attraction is the price. Converted flats are often the cheapest homes available in any given area. Buyers are also attracted to the new furnishings and fittings.

The cons of converted flats

Finally, the law recognises that very small homes can be dangerous to our health and wellbeing. It’s much less obvious than the risk from fire, for example, but it can be just as devastating. Councils have powers to inspect a home that may be unsafe, and in the most extreme cases, they have a duty to take enforcement action. Take a look at the ‘Homes (Fitness for Human Habitation Act) 2018’ and mention it to your solicitor if you are concerned.

Have you had experience with buying a converted office space? Let us know your thoughts in the comments below Step-by-step guide to buying a home 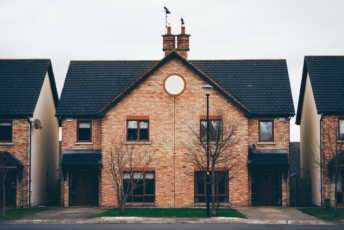