Is the plug being pulled on gas boilers?

A report published this week says Britain won't meet climate change targets without a revolution in the way we heat our homes. It follows a government announcement which could see gas boilers banned from our homes. We look at what this means for homeowners and the likely costs. 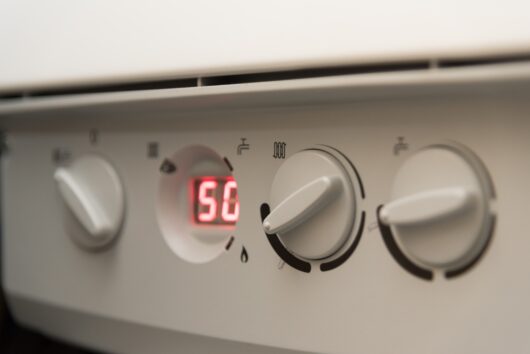 Where did this announcement come from?

Before this month’s Extinction Rebellion protesters glued climate change to the forefront of our minds, the former Chancellor, Philip Hammond, announced a Future Homes Standard. It paved the way for legislation to be passed to ban gas boilers from new homes from 2025 by ensuring they all have low carbon heating.

The Government then passed legislation in June committing to being carbon neutral by 2050. But just to meet a previously less ambitious target (of reducing carbon emissions by 8% by 2050) some 20,000 homes will need to switch to low carbon heating between 2025 and 2050! So the pressure is on.

Ahead of the Conservative Party Conference this autumn, the Housing Minister Robert Jenrick said: “I want new homes to play their part in tackling climate change and leaving the environment in a better way for future generations. That’s why I am introducing a Future Homes Standard which ensures that no new home is built from 2025 without the best levels of energy efficiency and low or zero carbon heating.

“And because I want to lead the world in this area, I am implementing the first steps on this revolutionary road as early as next year.”

So what does this mean and how much will it cost?

This could mean a ban on boilers in new build homes as early as next year. Existing homes and newly-built non-domestic buildings will be exempt, for the time being.

According to the government’s own report, switching from gas boilers to alternative sources could add up to £4,847 to the price of new home. Although energy bills should get cheaper eventually.

Greener options for heating new homes include: solar roof panels powered by sunlight; heating run on biogas extracted from natural sources including agricultural waste, food waste and sewage; and, heat pumps that convert air from outside into heat.

There are however concerns that heat pumps may be slow to warm up properties. Other critics say more needs to be done to better insulate homes so we are using what we do produce more efficiently.

Yes. And the scale of the impact is shocking.

And almost 95% of our homes are powered by fossil fuels. Some 84% of our central heating systems are driven by gas boilers, 4% by oil and less than 1% by solid fuels eg wood burners and bottled gas. Only 8.6% of homes are heated through electricity, which can be sourced from renewable sources, including wind and hydropower.

What are the next steps?

In the absence of a clear plan on delivering low carbon heat solutions for our homes nothing is going to change immediately. But change needs to happen, so watch this space.

Do you use a sustainable home heating system? Tell us more in the comments box below…