Heathrow’s Third Runway – What next for local homeowners?

For thousands of homeowners affected by the government’s controversial decision to go ahead with a third runway at Heathrow the fight continues; whether it's against the decision, or for fair compensation. Here we cover everything you need to know. 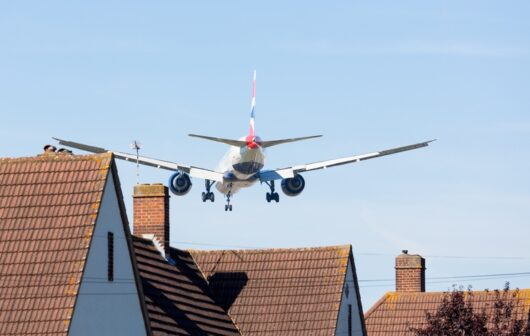 So, what’s happened so far?

The impact on local homeowners

Local homeowners have been fighting against Heathrow expansion for years.

Most residents impacted worry about the loss of their homes, as the runway will wipe out whole communities, as well as increased noise, air pollution and disruption. Many say they will continue to fight the decision. While others see the opportunity in taking the offer of compensation and moving elsewhere. But they are all watching and waiting.

How close a property is to the new runway will determine the level of compensation residents will be offered. The government has confirmed that most of the owners whose homes are under threat of Compulsory Purchase – which totals around 750 – will receive compensation of 125% of the property’s market value along with additional compensation from Heathrow Airport Holdings.

Not everyone receives what is being called an enhanced package though so if you are affected, continue reading this guide for more information.

The Enhanced or the Statutory offer

Heathrow are dividing homeowners into two categories. Those who are entitled to what they call an enhanced package and those that are only entitled to the statutory compensation payments.

The basic premise behind it is that Heathrow appear to want to be particularly generous to resident owners and less so to Landlords. It’s not as simple as that though as the date you bought the property or even who you bought it from impacts on which package you’ll be offered.

The difference is in the additional percentage applied.

The statutory offer assumes that the homeowner has owned the property for at least one year.

So, who is entitled to which offer?

This is where it gets a little complicated so bear with us.

Consider where you were living on 17th December 2013, that being the date that the third runway was shortlisted by the Airport commission and therefore was the earliest date you could have known your property was definitely affected.

If you were living in a property in the Compulsory Purchase Zone (the CPZ – where properties are required for demolition) and you had done so for at least the 6 months prior to then, you will qualify for the enhanced offer.

You also need to be living at the property when you make the application.

If you did not live at the property on the above dates, you are entitled only to the Statutory compensation.

However, and this is where it gets even more interesting – if you bought the property off someone who would qualify for the enhanced offer, you are entitled to it as well. That is regardless of whether you live there or whether you are a Landlord.

There is method in the madness though. Heathrow have stated that the justification for this has been to keep the market active, allowing owner occupiers who have owned since prior to 17th December 2013 to still be able to sell relatively unblighted by Heathrow’s proposals.

What about shared ownership properties?

What about inherited properties?

The entitlement runs with whoever owned the property on 17th December 2013. If they died, whoever inherited their interest would also qualify.

If that person subsequently sold the property, whoever they sold it to would themselves qualify.

What about the Wider Property Offer Zone?

This is the area of approximately 5,500 residential properties which is not required for demolition.

Heathrow have opened up their enhanced offer to homeowners in this area but only for qualifying owner occupiers and those who bought off them (including any Landlords).

Heathrow have estimated that this includes approximately 3750 properties. The remainder will mostly be Landlords who have owned since 17th December 2013 or before.

Should I take a bond if I’m in the Compulsory Purchase Zone?

If you’re in the demolition area known as the Compulsory Purchase Zone (CPZ) and are entitled to the enhanced offer, you may see it worthwhile doing so.

By taking the bond, you are likely to receive far in excess of the statutory entitlement that you would receive if you don’t take the bond and lose your home to Compulsory Purchase.

You can of course decide to take the bond but not exercise your rights to sell on the enhanced terms. If Heathrow secure Compulsory Purchase powers though and decide to use them, one way or another you would lose your home. Taking the bond and exercising your rights under it should in theory see you receive far more than if you rely on the statutory offer.

If you are in the Compulsory Purchase Zone (CPZ) but are not entitled to the enhanced offer, you may still see it worthwhile taking the bond. You could then monitor what happens to your price over time with indexation. If it’s not at an appropriate level, you may decide to not exercise the bond and instead seek to negotiate. A word of caution though – there may be minimal opportunity for negotiation considering potentially short timescales and large numbers of homeowners it could affect.

Should I take a bond if I’m in the Wider Property Offer Zone?

Estimates are that between half and two thirds of qualifying homeowners in the Wider Property Offer Zone (WPOZ) will take and exercise their rights to take a bond.

Unblighted Market Value + 25% + disturbance compensation is a good offer. Especially when considered against the alternative of remaining behind and potentially benefitting from noise control measures and having your Market Value potentially blighted by the airport expansion.

With potentially a couple of thousand homeowners in the WPOZ selling, it remains to be seen what Heathrow do with the properties. It would make little sense for them to sell them straight away as flooding the market would reduce Market Values. It may be that they decide to rent them out for a number of years, possibly to social housing providers and then drip feed them to the market for sale.

If you decide to take a bond, you would be signing away your rights to objecting to losing your home so consider whether doing so it worthwhile or not.

You would however still be entitled to make representations, including objections, on the overall scheme.

When your home is valued, there will be two reports done, one for you and one for Heathrow. Heathrow will choose their own Chartered Surveyor from a list of companies it appointed to its panel. You can choose someone from the panel of companies that Heathrow appointed or you can choose your own.

At the Home Owners Alliance, we believe that independence is crucial to ensure you get the right valuation. We recommend that you choose your own Chartered Surveyor and whoever that is, confirms with Heathrow that they will pay for the Valuation. The proposals Heathrow have put forward already confirm that they will pay for homeowners to appoint their own Chartered Surveyor.

However, Heathrow have suggested that whoever homeowners appoint is a Compulsory Purchase Surveyor. That is they must have the relevant expertise and be able to work on the basis that the reports are independent impartial opinions of Market Value subject to statutory assumptions and disregards. This is the case for both the Enhanced Property Offer and the Statutory Offer.

You should start your search online for a chartered surveyor who specialises in Compulsory Purchase. Ask them to confirm that they have the relevant valuation experience and knowledge of the laws behind Compulsory Purchase. Without this, there is a chance that Heathrow may not pay for the valuation.

This guide has been produced with the help of Dan Knowles, Director and Chartered Surveyor at Sawyer Fielding who is currently helping homeowners affected by Heathrow’s proposals. You can contact him by calling 020 3011 5300 or by e-mail at info@sawyerfielding.co.uk. Alternatively, click on their logo below for more information.

What about the timescales?

To take an Enhanced Property Offer bond, it is likely to be needed to be entered into before mid 2020. This is because Heathrow are submitting their Development Consent Order to Government at that time. It will help them secure the powers they seek from Government if they can illustrate that large numbers of homeowners have taken up the bond.

As such, time is very much of the essence.

On a practical point, undertaking possibly thousands of valuations and dealing with thousands of legal agreements, takes time. It’s not like calling an estate agent and asking for a valuation which is provided a few days later. There are likely to be waiting lists and time pressures will be huge.

If you do appoint your own Chartered Surveyor, doing so as soon as possible may be sensible so they can prepare your valuation in advance.

Heathrow are currently consulting on the timescales for which homeowners in the Compulsory Purchase Zone (CPZ) will be able to sell. The deadline for sales is likely to be much earlier than homeowners in the Wider Property Offer Zone.

For homeowners in the Wider Property Offer Zone, sales are likely to be permitted from approximately late 2021 until late 2027, albeit this is still to be confirmed.