Boris wants to turn generation rent into generation buy. But what's the plan and will it work? 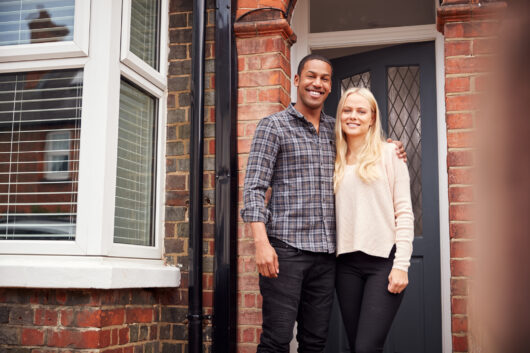 You’ve probably heard of Generation Rent before; swathes of young people residing in rented accommodation, priced out of homeownership.

It’s something that the Prime Minister acknowledged in his speech at this week’s Conservative Party conference, where he said, “When Covid struck there were millions of people, often young people, who found themselves locked down in rented accommodation, without private space, without a garden, forced to use ironing boards for desks and bedrooms for offices.”

He went on to say that while many people are happy renting, most have an overwhelming instinct to buy.

He plans to change all that. The PM promised that, “We will help turn generation rent into generation buy.”

How will the government achieve “Generation Buy”?

This is where things get a little vague.

There is a new target: the government will create two million more owner-occupiers by giving young first time buyers the chance to take out a long-term fixed rate mortgage of up to 95 per cent of the value of the home

But there is no detail yet on how this will be achieved.

There are suggestions the government could encourage lenders to create long term, 95% mortgages by taking on some of the loan risk through a form of state guarantee. This would be another form of the (now defunct) Mortgage Guarantee Help to Buy scheme, where the government underwrote 15% of the mortgage, making lenders feel confident enough to offer a 95% mortgage.

The government could also look at encouraging lenders to reduce the stress tests and number of affordability question asked of first time buyers. This would require action from the Bank of England and Financial Conduct Authority.

Why the focus on 95% mortgages?

At the beginning of 2020, 95% mortgages already were a firm feature of the mortgage lending landscape. There were around 400 95% mortgage products at the start of the year according to the Financial Times, but less than a handful of niche products remain. Lenders are pulling these products to reduce their exposure to riskier first-time borrowers as the UK enters a recession.

This sudden lack of credit availability means many people can’t afford a home. A 5% deposit on an averagely priced UK house of £235,000, is £11,750. But at the moment, most mortgages are only available if you have a 15% deposit saved, which requires a whopping £35,250 deposit. Hence the government wanting to bring 95% borrowing back.

However, there is also a real risk that any government intervention further fuels the housing market and only pushes up house prices, making homes less affordable and putting homeowners at risk of negative equity.

Commenting on the proposal Paula Higgins, Chief Executive of the HomeOwners Alliance said that, “We welcome the sentiment to help struggling first time buyers, particularly those that had their deposit ready but haven’t been able to buy because of the disappearance of the 90% and 95% mortgage options.”

“Lenders understandably want to avoid over-exposure to risk at a time of economic downturn. But we hope the government can encourage lenders to take a more personalised approach to lending. Many first-time buyers are in jobs that continue to be as stable as they were 9 months ago.’

On the suggestion of a new form of Help to Buy mortgage guarantee scheme, Paula added, “First time buyers are almost always better buying on the open market rather than through a complicated government scheme – if they can. Long term mortgage borrowing often means higher rates and less flexibility which may not be right for young first time buyers. We have asked the government for more detail.”

Want to hear the latest about any new government scheme? Sign up to our newsletter