Homeowners are at risk of letting “the wrong ones in”

New data released reveals that homeowners in the UK could be inadvertently letting rogue tradesmen into their homes by failing to conduct the right checks.

The statistics from the HomeOwners Alliance’s 2015 Homeowner Survey and TrustMark – the only Government endorsed ‘find a tradesman’ scheme for all trades in and around the home – reveal that homeowners heads are being turned by cues such as prompt arrival(84%), using polite language (51%) and even taking their shoes off at the door(38%). Age is also a factor with nine times as many homeowners saying that an older and more experienced person was a sign of a good tradesman (39%), rather than a younger person with recent training (4%).

When asked about the checks householders undertake before hiring a tradesman, traditional checks such as visiting a former client’s project or asking for written references from former clients are done by only a minority of people (39% and 28%) compared to twice as many people who rely on personal recommendation (81%).

Almost half of homeowners (46%) say they would check if the tradesman was in a doorstep directory, when often these are paid for advertising slots with few checks done.

On smaller jobs, less than half (39%) of homeowners would check that a receipt or invoice will be given, despite recent prompts by Shadow Chancellor, Ed Balls.

“People don’t want flash tradesmen, but ones that show good old fashioned values of listening to what their customers want, turning up on time and giving upfront quotes. It can be a complete nightmare getting the wrong tradesman in, so it is really worth investing the time to make sure you get the right one.”

“The research certainly shows that the UK is at risk of letting the wrong ones in. Rogue traders are the vampires of the sector, seeking out vulnerable homeowners and taking valuable jobs away from the best tradespeople in the country. Checking recent work and up to date qualifications are vital checks – TrustMark is the only scheme that checks live projects, on site, by experts”. 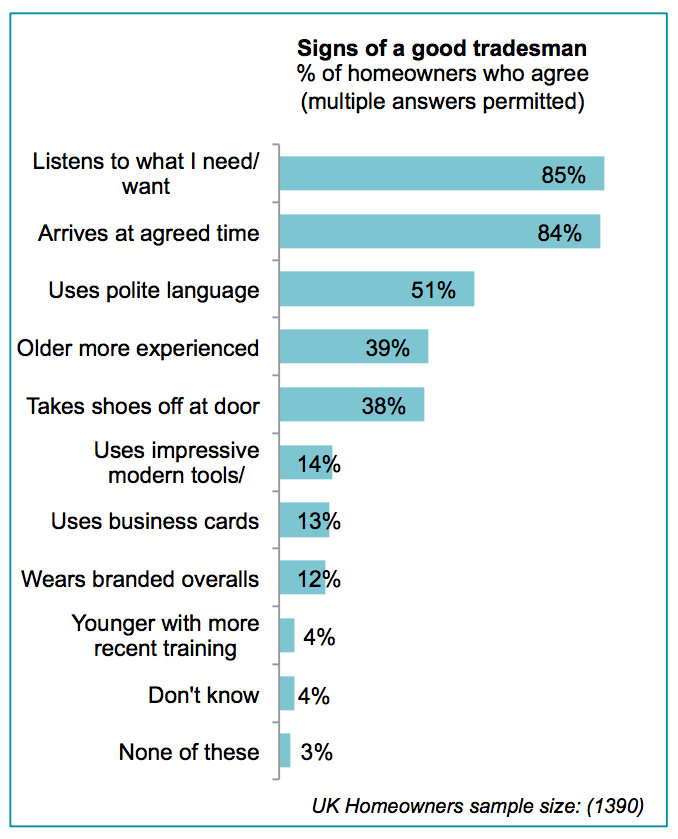 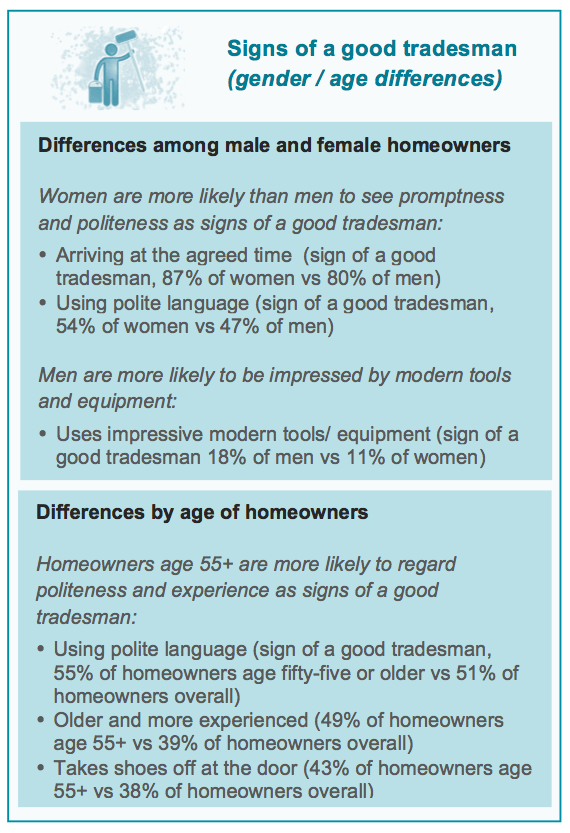 Figure 2: Checks Carried Out Before Hiring a Tradesman (2015 Homeowner Survey) 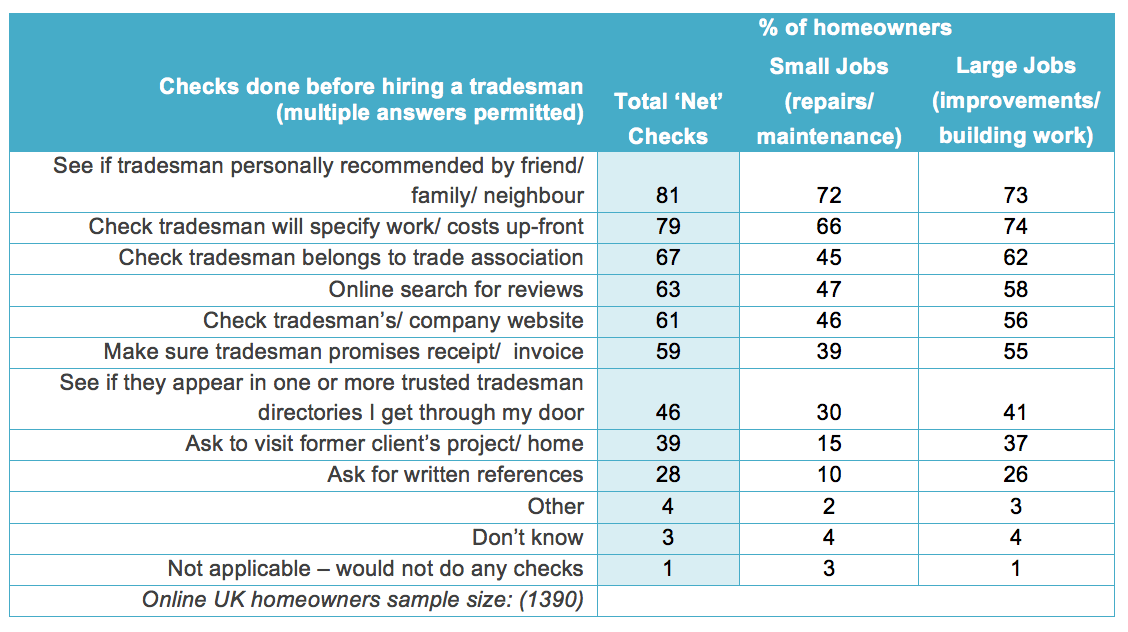 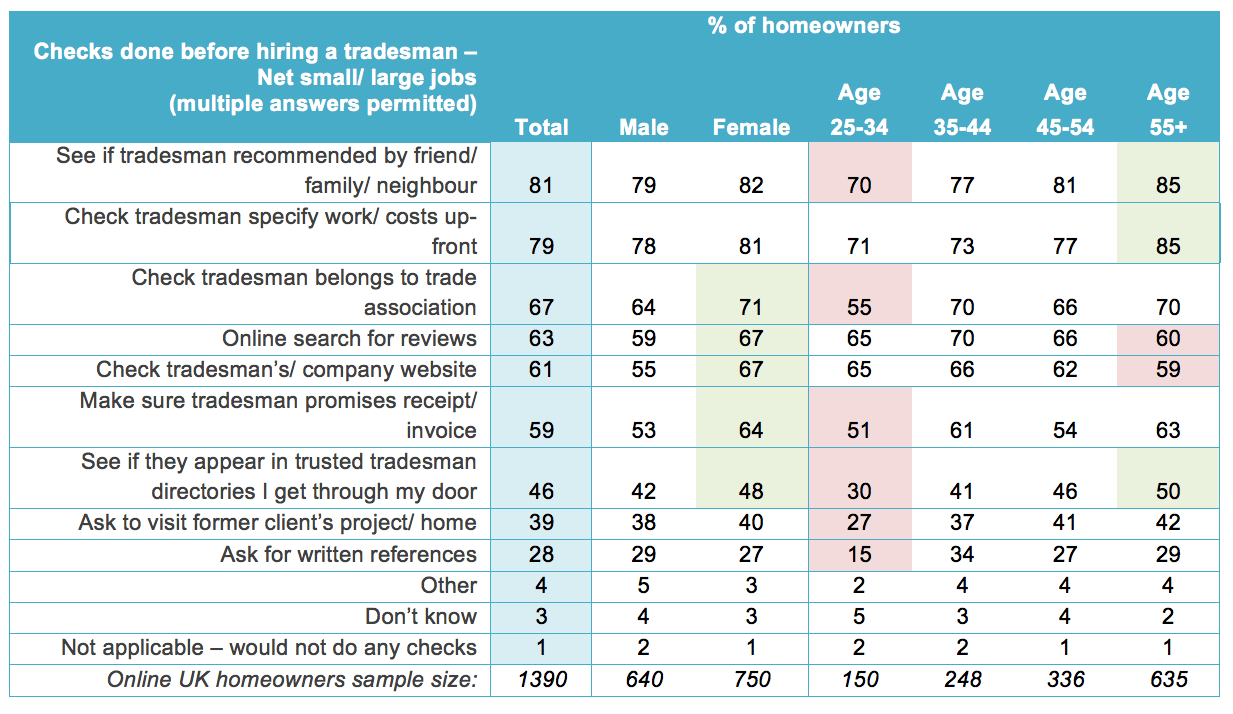 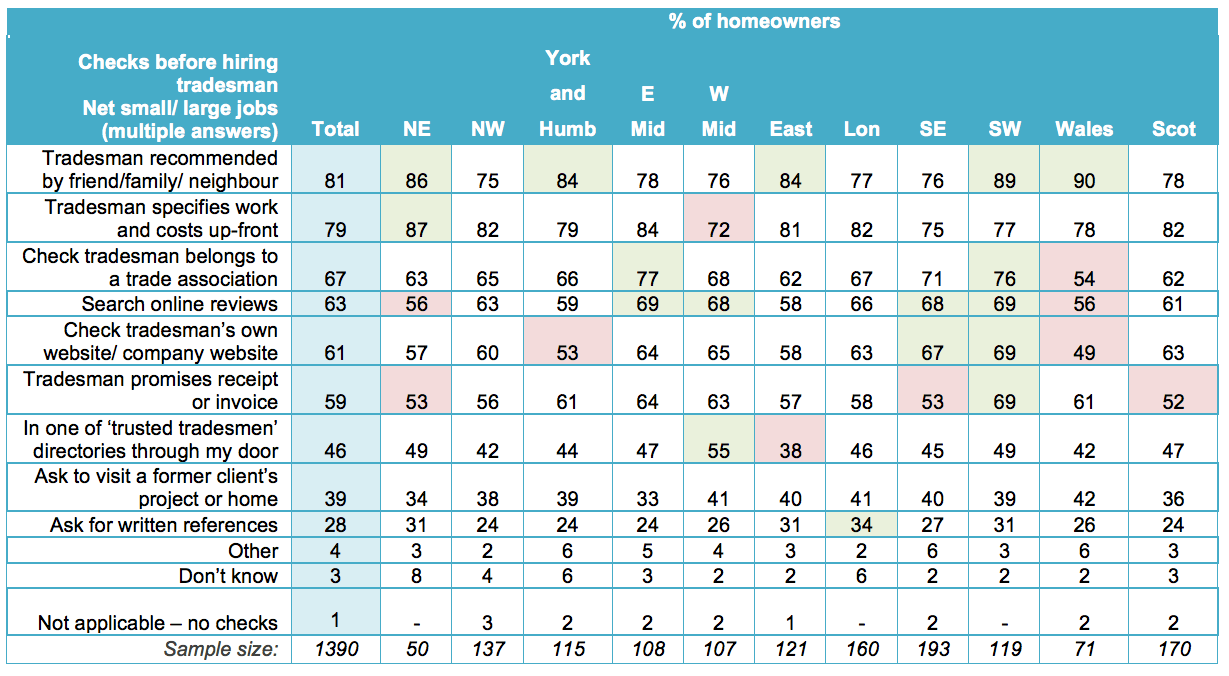 The HomeOwners Alliance champions the interests of Britain’s homeowners and aspiring homeowners. We are a consumer group providing helpful advice and services and acting as the voice of the homeowner in the media, lobbying for their interests in government, and campaigning against bad practices in industry.

We directly engage with government and media by conducting independent research and publishing reports that promote and champion the interests of homeowners.  In addition to our annual Homeowner Survey, previous publications include:

We believe we are Britain’s most popular and fastest growing property advice website, staying true to our mission to help homeowners facing some of the biggest and most complex decisions of their lives. Last year, more than1.5 million homeowners and aspiring homeowners visited our website, hoa.org.uk; viewing over 2.5 million pages.

Use a RIBA Buildings Contract with your builder to:

✓ Stay in control of your project

✓ Reduce the risks to your project