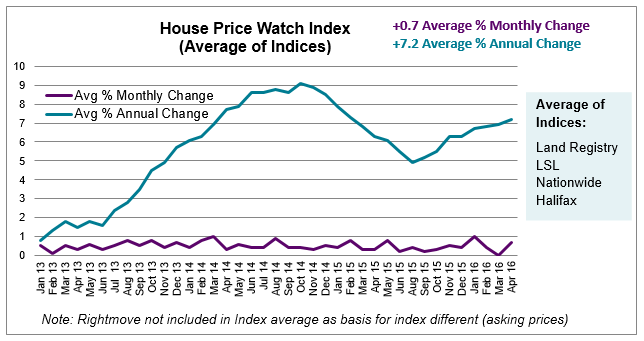 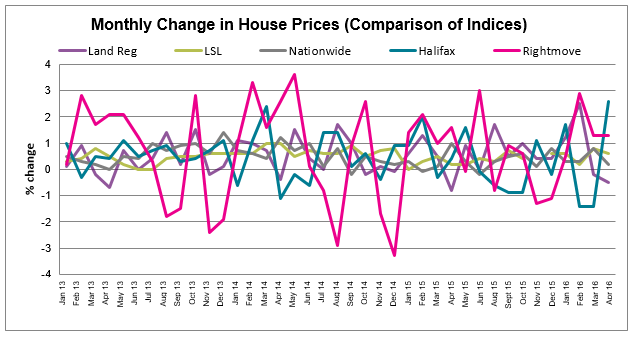 UK home sales soared between February 2016 and March 2016; up 41.5% and up 69.7% compared with the same month last year. The large increase is linked to the introduction of higher stamp duty rates on additional properties. (seasonally adjusted HMRC).

The Council of Mortgage Lenders (CML) estimates gross mortgage lending reached £25.7 billion in March, up 43% on February and up 59% year on year, driven by a surge to beat the second property stamp duty surcharge deadline.

Looking forward, fewer transactions are expected in the balance of the year to offset the early surge in the year. The distortion caused by this stamp duty change appears to be larger than any previous stamp duty change. As a result, the CML say they expect about 10,000 fewer mortgaged transactions each month in the second quarter of 2016 than would otherwise have been the case, offsetting the increase in activity seen in March.

House prices, too, are expected to settle in the near term with the climate of uncertainty around the upcoming referendum and regional elections.

Land Registry March data indicates house prices down in most regions of the country. 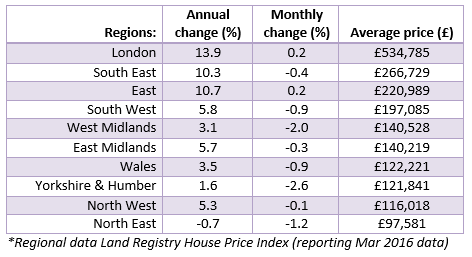