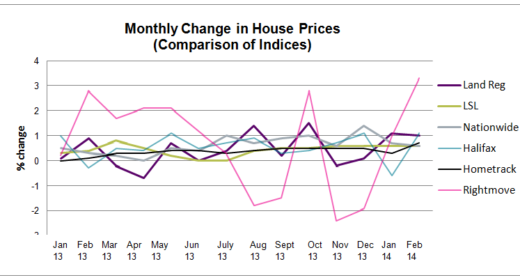 Most areas had a rise in property prices in the past month with the exception of Yorkshire & Humberside and the North West.