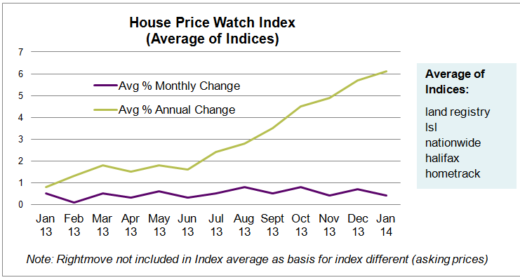 While London is the region with the highest rise in house prices, East Anglia and the North West have had a greater rise in the level of property transactions year on year.