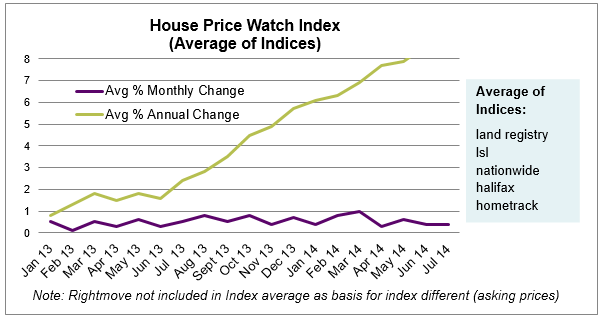 While market activity remained brisk, average house prices fell in seven out of ten regions in England and Wales in the past month. Though a seasonal dip in house prices is not uncommon this time of year, signs are pointing to a more general slowdown.

Nationwide reports a modest rebound in mortgage approvals in June but a decline in approvals by almost 20% between January and May.  “At least part of the slowdown in activity relates to the introduction of Mortgage Market Review measures.”

“A more thoughtful and prudent housing market is emerging.  Lending is stabilising to sustainable levels, and supply and demand is more balanced.” LSL Property Services

“A price fall in July is not unexpected as prospective buyers turn their attention to the summer holidays.  Buyer confidence may also have taken a knock with suggestions that mortgages are becoming harder to get and repayments may get more costly sooner than originally anticipated should rumours of an interest rate rise before the next election come true.” Rightmove In the past month, prices fell in all regions but the West Midlands, South East and London. The momentum of price rises in the London market is noticeably slowing down. 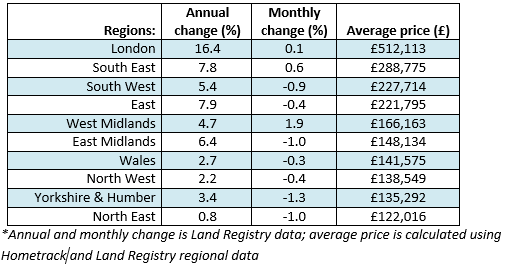