August 2017 House Price Watch indicates that house prices are up on average 0.3% in the past month and up 3.4% in the past year. 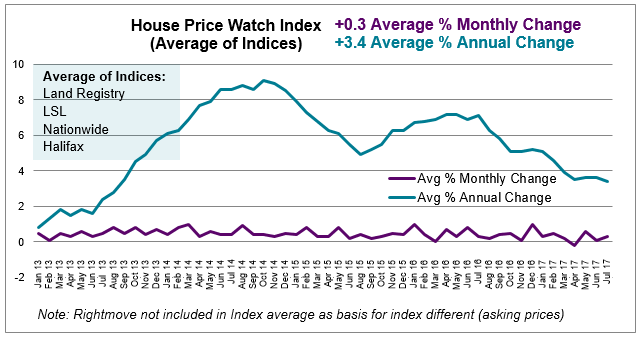 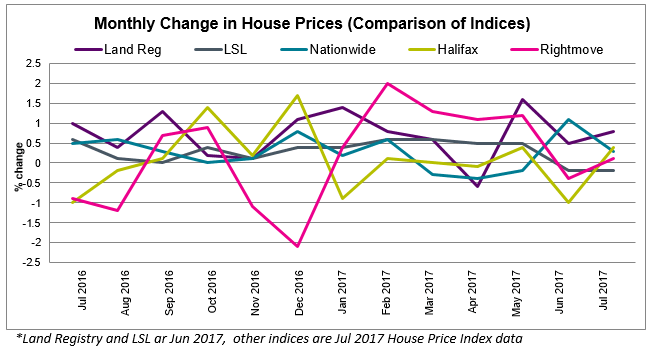 Transactions in the first half of 2017 are down 6% versus the same period in 2016.  UK home sales fell to 96,910 in June; a 3.3% decrease between May and June.  Transactions have fallen each month since March of this year.  (HMRC seasonally adjusted figures). A continued shortage of homes available for sale is putting upward pressure on house prices.

A review of asking prices achieved in the first half of 2017 shows price sensitivity from buyers, particularly at the top-end of the market.

Analysis of data from HomeOwners Alliance estateagent4me tool shows that agents at the top end of the property market are selling properties for an average of £260,000 below their asking price. The figures show that agents who deal with houses with an average value above £2m are having to offer around 9% off the asking price before they sell.

Price performance at the top end of the UK housing market:

Price performance at the lower end of the UK housing market:

“It is fascinating to see the difference in how the property market is performing at different levels and across the country. The key takeout is that there are significant reductions at the top end of the market where the market is very slow, while at more affordable levels, the market seems to be functioning fairly normally. Gone are the days of bidding wars for luxury properties, now it would seem that the lower the value of a property, the quicker it sells.

House prices are up in most parts of the country in the past month with the exception of London (-0.7%). 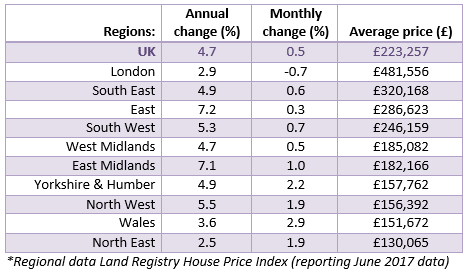