Fewer over 55’s plan to downsize

More over 55s have no plans to downsize, deciding instead to stay put. Here's why.

The number of homeowners over 55 and looking to downsize in the near future has dropped by 200,000 in the last three years, according to research by Legal & General.

The desire of more mature homeowners to stay put rather than downsize, is said to be in response to the pandemic.

“Covid-19 has clearly changed the mindset of many older homeowners, and we can see there has been an uplift in those who want to keep hold of their homes,” said Sara McLeish, chief executive of L&G Financial Advice.

Fewer than one in four over-55 households plan to downsize in the near future.

When asked why their plans had changed, the main reason amongst homeowners aged over 55 was that they don’t want to leave the community they live in, with the Covid-19 pandemic further emphasising the importance of having friends and family close by.

The lockdown resulted in us spending more time in our homes than ever before, which has clearly influenced many of this group’s decision not to downsize. One in four (24%) said they have enjoyed having more space during lockdown, and don’t want to give that up, while a further one in ten (13%) deciding to invest in their current home rather than move on.

This study also reveals that potential downsizers now make up nearly a quarter (24%) of all households aged 55 and over. Their home moves could free up a whopping 2.9 million homes. And homes which are likely to be the larger family properties that have been in particular demand over the past 12 months.

According to Zoopla, the stock of homes currently for sale is 26% down on the average level. Demand is outstripping supply, with the average price of a house in the UK increasing by 10.4% in the past year according to our House Price Watch. A reduction in downsizers can only be fanning the flames.

According to Legal and General, while some over 55 households have made their mind up not to sell, others impacted by the pandemic are keen to reassess their decision in the near future. Nearly a quarter of over 55’s who haven’t sold their home stated that they would still consider downsizing but want to see how their financial situation develops before deciding (12%) or are uncertain about the housing market currently (10%).

There are a number of options open to over 55s who may be reviewing their financial situation:

Does this ring true for you? Tell us why you’re staying put in the comments below Mortgages for the over 50s 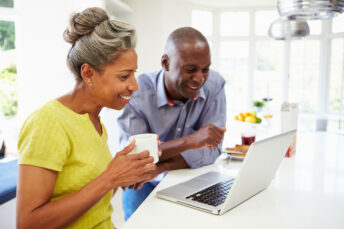 Is equity release right for me?