A new regulator will be created with the power to prosecute developers that don’t meet safety standards, the government has announced. But only for buildings over 18 metres.

Housing Secretary Robert Jenrick revealed the plans, designed to avoid the repetition of the Grenfell Tower fire, which killed 72 people in 2017, in the government’s Building Safety Bill on Monday.

He said the new Building Safety Regulator would provide ‘essential oversight at every stage of a building’s lifecycle, from design, construction, completion to occupation’. The government says the Bill will ensure there are clearly identified people responsible for the safety, build and occupation of high-rise residential buildings. But nothing is being offered for those who live in buildings below 18 metres.

And the Regulator will hold to account those who break the rules and are not properly managing building safety risks, including taking enforcement action where needed. But again, only for buildings above 18 metres. We hear of people who are worried in smaller buildings with, for instance, timber balconies.

The government says the Bill will also give residents in these buildings more routes to raise concerns about safety, and ‘mechanisms to ensure their concerns will be heard and taken seriously’.

However, the new Bill doesn’t ensure leaseholders won’t be charged for remedial safety work. It simply requires building owners to show they have explored alternative ways of meeting the costs before passing them onto leaseholders.

What about those living with unsafe cladding on their homes?

After the Grenfell disaster in 2017, 176 private residential buildings were found to be fitted with similar dangerous cladding. However, while money was provided for remedial work on social housing blocks, there was no funding to remove this material from private buildings.

Midway through 2020 the government finally announced the £1.6 billion building safety fund for the removal of dangerous cladding on all forms of high-rise buildings.

However, while the fund is designed to cover the cost of replacing combustable cladding on buildings over 18 metres in height, it doesn’t cover other fire defects. This has left homeowners with missing fire breaks in wall systems or defective fire doors with unsellable homes.

And for those living in lower-rise buildings below 18 metres with dangerous cladding, the government has only pledged loans for leaseholders, with repayments capped at £50 a month. These loans are to be passed onto future owners of the flats. Again, this has made selling flats or remortgaging difficult or impossible.

This is why we were proud to back the End Our Cladding Scandal Campaign.

Does the Building Safety Bill offer them help?

To put it bluntly, it doesn’t offer much help. The government says the Bill extends the right to compensation for substandard workmanship and unacceptable defects. Under the proposals, the period of time residents can seek compensation for substandard construction work will increase from 6 to 15 years. And the changes will apply retrospectively. So people living in a building completed in 2010 would be able to bring proceedings against the developer until 2025.

However, campaigners say increasing the period of time people have to sue won’t solve the problem for many. This is because the developer could have gone out of business, their block may be older than 15 years. Or they may not have the funds to pay for legal action. Indeed, many homeowners have pointed out they are paying hundreds of pounds every month on fire safety wardens – there is no way they could fund legal action.

HomeOwners Alliance Chief Executive Paula Higgins shares the campaigners’ concerns. She says, ‘We welcome the announcement of the new Building Safety Regulator and some of the proposals in the Bill.

‘However, in recent years we have seen the devastating impact on people – emotionally and financially – who are living in homes with unsafe cladding. And in circumstances such as this we don’t believe extending the period of time residents can sue developers for is what consumers need – it just allows the government step back and watch as homeowners and developers fight it out.

‘We urge the government to take decisive action that puts consumers at its heart. In particular it needs to revisit the fact they are ignoring homeowners living in buildings up to 18 metres tall. Fire does not respect arbitrary height limits.

‘And following the speculation that much of the Building Safety Bill won’t come into force until October 23 to January 24, we would welcome clarity on the timeframe from the government.’

What else is in the Bill?

The Bill will also include powers to strengthen the regulatory framework for construction products, ‘underpinned by a market surveillance and enforcement regime led nationally by the Office for Product Safety and Standards (OPSS)’.

What do you think?

Do you think the bill goes far enough to protect consumers? Let us know your thoughts below. 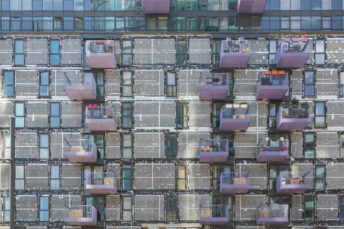 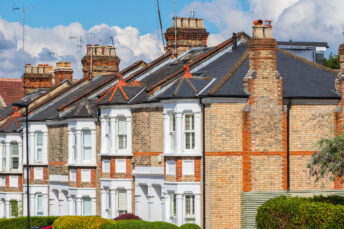 What to watch for when buying a converted flat