Young homeowners on the rise

The English Housing Survey shows a reverse in the decline of homeownership. But with first time buyers finding it harder than ever to get on the ladder, what's behind this increase of young homeowners 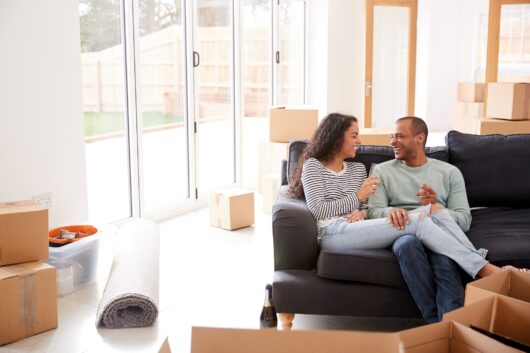 A recent Government report has revealed that the number of 25-34 year old homeowners is on the rise.

This shows a reverse in the trend of renters exceeding homeowners in this age group. The 1.37m homeowning households in this age group is up 11 per cent from a year earlier, narrowly now exceeds the 1.36m renting tenants.

How are more young people buying a home?

Speaking to the Financial Times, Lucian Cook, at estate agent Savills, said: “There may be a new equilibrium being reached between owner-occupiers and private renting in this age group — not one that many people would have envisaged.” But he cautioned: “The barriers to home ownership have not miraculously gone away. We still have a very high deposit requirement for people to get on the housing ladder.”

Put that together with house prices outpacing earnings and affordability continues to be the biggest hurdle. Indeed, the English Housing Survey reveals that the average deposit is £42,361, which places 62% of first time buyers in the upper two income quintiles.

Wondering how much you can afford to borrow? Check out our online mortgage finder and calculators now

Mr Cook said the latest levelling-out was likely to be down to a series of factors, including “a cultural shift where the older generation was increasingly resigned to having to be the Bank of Mum and Dad to help people get on the housing ladder”. This leaves many of us in the slightly bizarre situation of Mum and Dad selling their homes for inflated prices to help younger generations afford the inflated prices their parents set.

Commentators also point to the Help to Buy scheme playing a role in helping first time buyers on the ladder, alongside a change in the tax regime which has in recent years acted to deter buy to let landlords, reducing the amount of competition faced by young first time buyers.

Mr Cook said the survey excluded a quarter of 20 to 34-year-olds who live with their parents, priced out by high rents and house prices. Even though home ownership rose among under-35s, the proportion of private renters who expect to buy a home is 56 per cent, the lowest level for at least a decade.

How do you feel about you/your child’s prospects of buying a first home?
Please let us know in the comments below.