In the news this week…

In the news this week we look at the rise of mammoth mortgages, how hope has been offered to homeowners in Grenfell style clad properties and why leasehold property owners are taking action. Homeowners told their properties are effectively worthless due to the cladding used on their building have been given hope of a resolution by mortgage lenders and surveyors.

People living in tower blocks have struggled to sell homes covered in certain types of cladding because they no longer meet fire safety regulations.

These rules were revamped by the Government following the Grenfell Tower tragedy in June 2017. The flammable material used to clad that building contributed to the blaze in which 72 people lost their lives.

Since then, buildings have had to pass much stricter tests before they can be declared safe. However, this has left thousands of homeowners in recently-built blocks unable to sell their homes, as banks will not offer mortgages on properties which do not pass current safety rules. Campaigners caught up in a leasehold “trap” are taking mass legal action for the first time.

Hundreds of leasehold homeowners in the North West have served notice to forcibly buy their freeholds from big investors. A leasehold only gives you exclusive ownership of the right to occupy the property for the length of the lease. These can be anything between 99 to 999 years when a lease is first created.

Interest-free Help to Buy loans meant new-build houses were often sold as leasehold by developers, who could then take advantage of rising ground rents or sell the freeholds to a third party.

More than six million properties in England and Wales are leasehold, according to the Leasehold Knowledge Partnership. 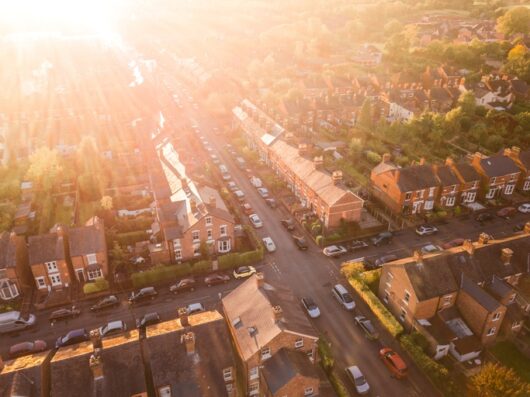 Birmingham recorded the greatest number of empty properties across the UK, as of September 2019, according to UK fibre broadband specialist, Glide.

Data collected by the company shows that there were 617,527 empty buildings across the UK. Empty business units accounted for 172,217, while the remainder were residential dwellings

In Birmingham there were 8,086 empty residential properties and 7,622 empty commercial properties, equating to a total of 15,708. The march of the mammoth mortgages – The Times

More homeowners are taking out mammoth mortgages to fund property purchases, the Bank of England says.

The number of mortgages approved to borrowers with deposits of less than 10 per cent has reached its highest level since the financial crisis.

Nearly 6 per cent of all mortgages signed off between July and September, worth a total of £4.3 billion, went to borrowers taking out loans worth more than 90 per cent of the value of their new home.