In the news the latest round up

The news this week reveals homeowners trapped unable to remortgage their flats following Grenfell, families who feel unable to move due to Brexit, why savers should avoid using their pension pots to purchase property, and more After Grenfell, homebuyers told their flats are worthless – The Guardian

Thousands of property owners in tower blocks are reportedly unable to sell or remortgage in the wake of the Grenfell disaster, reveals the Guardian this week.

Lucy Stevenson is one of a new breed of “mortgage prisoners” – trapped in an unsaleable home, rejected by lenders when trying to remortgage – because her flat is in a tower block caught up in the fallout from the Grenfell disaster.

“I’m trapped… I’ve had to completely change all my plans because of this, and the stress has been unbearable,” says the NHS worker. And she is far from alone – it was claimed in the news this week that there may be as many as 500,000 flat owners in a similar position.

They have all become caught up in the confusion over cladding on tower blocks – specifically, whether or not buildings meet new fire safety standards introduced following the Grenfell disaster, how much it will cost to put any problems right, and who will ultimately foot the bill.

All of this is feeding through to thousands living in “high-rise” (defined as more than 18 metres) apartment blocks, as well as many living in smaller blocks, because property valuers are taking the view that unless they have all the facts at their fingertips – for example, is there any chance the cost might fall on the leaseholder? – they can’t put a valuation on the property. That means these owners can’t sell up or switch to a cheaper mortgage. Pensions savers should think twice before they raid their pension savings to fund the purchase of a second property, Royal London has said in the news this week.

It warned that savers risked “throwing away” thousands of pounds if they used their pensions to buy a second home.

Following a YouGov survey which found that 29 per cent of people aged 45-54 would consider investing in a buy-to-let property to fund their retirement, Royal London warned that income tax on withdrawals and stamp duty would leave savers worse off.

The taxes could take “huge chunks” out of the initial sum, meaning that people would need to “radically rethink” what type of property they can afford, according to the firm.

If you’re thinking of buying a property to let or looking for other ways to fund your retirement, it might be worth exploring your options and making sure your decisions don’t impact your pension savings.  Find out how you could benefit from working with an independent financial adviser. A while ago we reported on a ‘house of horrors’ that had been put on the market for just £1. Now the news this week has revealed that the property sold just in time for Halloween.

It went on the market for £1 but sold at £180,000 and the buyer plans on giving it a huge refurb. Auctioneer Andrew Parker, from SDL Auctions Bigwood, said: ‘We knew this property would attract some serious bidding and were not disappointed. Serious property developers relish a challenge and will have looked beyond this house’s outward appearance.’ ‘We are trapped in our home because of Brexit’: meet the buyers and sellers caught in Britain’s great property slowdown – The Telegraph

Homeowners across the country have found themselves stuck in their homes and unable to sell because of the slowdown which has hit the housing market since Brexit.

The Telegraph reports that confidence has drained from the market since Britain voted to leave the European Union in the summer of 2016. House price growth has slowed dramatically, with prices declining in some areas of the country. This has prompted many buyers to remain at home rather than risk purchasing a house in a falling market.

A report published by Zoopla, the property portal, found that the average time it takes to sell a home has increased from eight weeks in the period following the 2016 referendum to 12 weeks today.

For some, the situation is far worse. In one instance, sellers have had two children in the three-and-a-half years it took to sell their property, while another was forced to move in with their wife’s parents after a chain of buyers and sellers collapsed.

Telegraph Money meets four people who have put their housing dreams on hold, or have battled through the current market conditions. Women in the UK are more likely than men to dream of owning their own home but are also less confident they will achieve this goal, a new study has found.

The First Time Buyer Index from Aldermore surveyed more than 1,000 prospective homebuyers in the UK. Nearly nine in ten women (87%) said they have previously dreamed about becoming a homeowner, compared to 71% of men.

Yet women are more likely to feel the goal of homeownership is unachievable – 68% of women hold this view, which is 11% higher than the figure among men.

Elsewhere the research showed that women (76%) are more likely than men (67%) to consider renting to be too expensive, while women are also more likely to see saving for a deposit as the biggest obstacle to buying a home (33% versus 20% of men).

How to get your home insurance quote 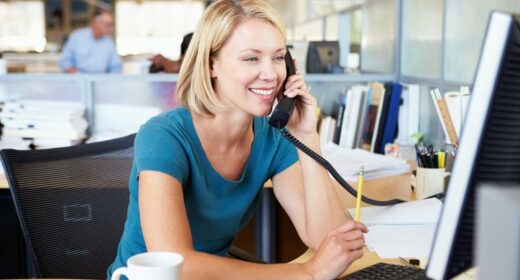 Talk to us to save yourself time and money. Call A-Plan now to see how we can help save money and make finding the right insurance cover that little bit easier.