This week we've been reading about how the bank of gran and grandad are using their wealth to help their grandchildren, how bumper mortgages are back as low deposit loans hit highest level and what you need to know about property fraud. Property scam: watch out if your solicitor emails this on a Friday – The Express

In the news this week, we featured in The Express as it reported on a rise in property fraud.

Often hackers take advantage of the rush of completions on a Friday. After hacking emails they will send fake account details to buyers for them to send money to. Never send money over to new bank details provided by your solicitor without calling or going in to verify them. Always confirm over the phone before you make payments.

For more advice on the tactics that scammers use take a look at what you can do to protect yourself. 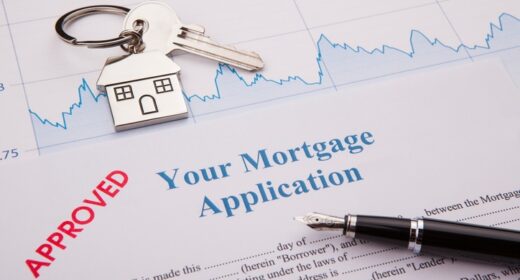 The Telegraph reported in the news this week that homebuyers are stepping onto the housing ladder with ever-smaller deposits as the bumper mortgages popular in the years before the credit crunch regain a bigger foothold in the market.

Just over one in 20 new mortgages was given to a borrower with a loan worth between 90pc and 95pc of the value of their home, meaning they put down deposits of between just 5pc and 10pc.

This is the largest proportion since mid-2008, at the start of the financial crisis, according to the Bank of England.

“Demand is very weak at present so this is very much about lenders trying to expand their lending in the face of very weak demand,” said Hansen Lu at Capital Economics.

Are you on the best mortgage deal? Find out today whether you could save by searching online or speaking to one of our fee-free, mortgage advisers According to the BBC in the news this week, there are more than 27,000 empty privately-owned homes in Wales, up more than 40% since 2010, figures show.

The scale of the problem has been described by the BBC as a “wasted resource” when so many people need affordable homes. The Welsh Government said it had given councils £40m to bring empty properties back into use.

Homes often remain empty because authorities are unable to contact the owner, the owner cannot afford to renovate when needed or are waiting for the property market to improve.

Stuart Ropke, the chief executive of the housing charity Community Housing Cymru said housing associations were “well placed to work with local authorities and the private sector to bring homes back into use”. In the news this week the Metro reports that a family have been left homeless after their house was destroyed because of building work being carried out on the property next door. Two of the children’s bedrooms and a kitchen collapsed, with possessions scattered across the road.

Fortunately, the family who live at the property with three children, were away at the time and nobody was injured. Emergency services were called to Claremont Road in Rugby, Warwickshire, after part of the terraced property came down on Tuesday evening. The family have been placed in a hotel until new accommodation can be found.

Structural engineers were also on the scene to examine the property after Rugby Borough Council launched an investigation. One family member, who did not wish to be named, said: ‘It was a shocking experience and no one is accepting liability. ‘Our landlord is confused what is covered by his building insurance and the contractor doesn’t want to accept liability.’

We have teamed up with A-Plan insurance whose exceptional team of friendly advisers have access to a wide range of products to protect your home. So if you’re doing building work, get in touch today to discuss whether you have the right cover. The latest research revealed in the news this week from independent equity release adviser, Key, has revealed that despite ongoing political and financial uncertainty in the UK, for the Bank of Gran and Grandad at least, it’s business as usual.

The newly released research found that grandparents are expanding their student offering as the new academic year gets underway. According to the figures, over 35% of grandparents – equating to roughly 4.9 million people – have already helped or are planning to help fund their grandchildren through university.

Key found that 15% of grandparents have already contributed with an additional 20% are planning to do so over the next 10 years. It’s not just grandchildren being helped – around 6% of over-55s homeowners will help nieces, nephews and godchildren.

Most are using their cash savings to support students, however, a growing number – around 11%, said they plan to tap into property wealth for this purpose through either downsizing, selling other properties, remortgaging or equity release.