New-build buyers facing huge bills due to delays in completion

Buying a new-build home? Then you could face paying thousands of pounds if it’s not finished on time 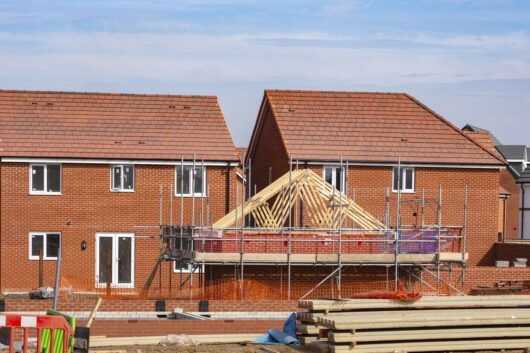 When you buy a new-build, you dream of setting foot in your shiny new home. But what can you do if it’s not finished on time?

The reality is, there is very little you can do. And waiting for the developers to finish your home could leave you seriously out of pocket, as reported in the Observer this week.

The paper highlighted the case of Liam Taylor, who exchanged on his off-plan house in Deal, Kent, last August on the understanding it would be completed by April. He was told on the day contracts were exchanged this had been pushed back to October this year.

Concerned the delay could mean risking his mortgage offer and with his wife due to give birth, he agreed to swap to a more expensive house, which he was told was due to complete between May and July.

Yet two days after exchanging, he was told it may not be ready until this October. He has since been told it could be late November.

Liam estimates the delay will cost him £10,500 in temporary rental accommodation costs.

What can I do if it happens to me?

Unfortunately, if you’re told there is a delay of several months in getting your home finished, the chances are there’s little you can do but wait.

When you buy a new-build home from a developer, you’ll find the contracts are heavily weighted in their favour. So it’s essential to think through how you would manage if this happens to you.

You won’t be able to pull out and get your deposit back until it looks like it won’t be finished until after the “long stop” date. This is the final date by which the property can be finished. This will be written in the small print. And if it isn’t, make sure you get one agreed before you exchange contracts.

Some developers cite a “termination date” instead of a long-stop deadline. After this date, customers who still haven’t moved in can cancel their contracts without forfeiting their deposit.

What will happen to my mortgage offer?

If you think your new home won’t be ready within the period of time your mortgage offer is valid for, you may be able to get the lender to extend the offer during the period.

However in most cases your mortgage application will need to be re-assessed by starting your application all over again.

Recognising that many new build projects can be subject to delays, some lenders have special new build mortgages. These have a longer validity period that can be up to three months longer than their usual deadlines.

Checking with a mortgage broker is the best course of action as they will know which products remain valid for longer. They will also be on hand should you need to move quickly to re-apply or find an alternative lender.

Get fee-free expert advice about new build mortgages, from our partners at London and Country. You can start your search online or speak to them today

So when is the completion date set in stone?

The completion date is only legally binding when the home is ready and a “completion notice” is served. After which buyers have between 7 to 10 days to pay up or face interest charges on the balance.

Anything else to watch out for?

There are other issues when it comes to getting a mortgage on a new build property. Developers often work to demanding timescales and once you have put down a deposit on your new home you may have only 28 days to exchange.

This timeframe can be challenging for mortgage lenders. So make sure you do prepare as much as you can in advance and submit the application as soon as you can.

And mortgage lenders are often a lot stricter on the amount they are willing to lend on the purchase of new-builds.

The loan-to-value ratio for new build mortgages is also often tiered, with lenders prepared to loan you less for a new build flat than a new build house. But this differs according to lenders.