What a No-Deal Brexit means for home buyers and sellers

We've asked Head of Market Insight at estate agents SellMyHome.co.uk and RentMyHome.co.uk, Fionnuala Earley, for her take on what a No-Deal Brexit could mean for the housing market and those of us looking to buy and sell 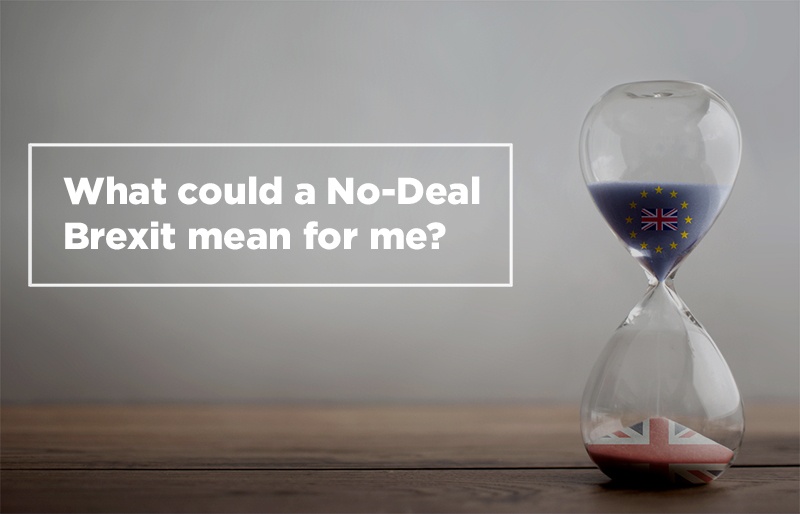 What happens if we get a deal?

With no deal yet in place, it’s no wonder that Brexit dominates economic, and political, news. But what’s the difference if we make a deal or not and what would be the consequences for the UK economy and its housing markets?

If the Government negotiates a deal with the EU before March, we will have until 31 Dec 2020 before, for all practical purposes, anything changes. During this time, we will still be subject to the existing EU rules (eg common standards) and freedoms (eg tariff free trade and free movement of people). Crucially, businesses will have time to adjust and the government will be able to negotiate trade deals outside of the EU bloc. The Governor of the Bank of England estimates that the minimum transition period needed to negotiate trade deals is 18-24 months, which means that while it is close to the wire, we should still squeak in with enough time – if we make a deal before March.

What happens in a no-deal situation

On the other hand, if the Government fails to get a deal, there will be no transition period and the UK will immediately lose free access to the single market. There is no doubt that this would be a nasty shock to the economy and would leave the UK in a weak bargaining position. While the odd are shortening day by day, we should remember that the vast majority of business negotiations are settled at the last minute.

What would a no deal mean for the housing market?

Well, that depends on how quickly deals can be made after March 2019 and the effect on confidence in the UK as a place to do business. In the worst case scenario, confidence in the UK would collapse and the currency would suffer, prompting a large rise in inflation and interest rates. Businesses would lay off staff, unemployment would increase, hitting households hard – especially those with debts. Homeowners could face the double whammy of higher mortgage payments and lower income, feeding into distressed sales and falling house prices. This is the worst case scenario that the Governor outlined recently warning of an up to 35% fall in house prices. But it is important to know that this is NOT a forecast of a no-deal exit from the EU. Rather, the Bank’s research shows that the UK financial system would survive and continue to be able to lend to keep the economy and housing markets moving. That’s in stark contrast to the position after the financial crash 10 years ago. The reality under no deal is likely to be much softer than this worst case.

What is the impact today for buyers and sellers?

Nevertheless, the 35% number will have stuck in minds more than the understanding that it is based on a set of dire assumptions, so it is inevitable that it will affect housing market behaviour. We should expect to see harder bargaining by buyers and continued reports of falls in prices compared with last year, concentrated in London and the South. Sellers shouldn’t be scared though – after all prices in London have increased by 40% in just the last five years so there is plenty of room to negotiate without suffering any capital loss.

This adjustment of expectations between buyers and sellers could actually be a good thing for the market, helping to inject some liquidity. Data from Rightmove comparing asking and actual sales prices shows that the gap in London is narrowing, which implies that sellers are adjusting to the change in sentiment. That in turn should foster more activity in the market and reduce the time it takes to move home. That will be good news for everyone.

Keep calm and carry on?

It’s natural to plan for the worst while hoping for the best, but it’s all too easy to get carried away with the risks.

The reality is likely to be more mundane. While it would be naïve to expect everything to carry on just the same, its similarly silly to go to the other end of the scale. We know that the UK banking system is resilient, which means that the UK should avoid the severe credit crunch which hit the housing market so hard in the noughties. In addition, we know that trade will continue because just as the UK is reliant on EU countries for some of its imports, they are reliant on the UK for some of theirs. Of course, the likelihood is that the UK economy and housing markets will be jittery and slower as conditions adjust – but they will. The British characteristic of keeping calm and carrying on has a lot to be said for it.

If you’re looking to sell, head over to SellMyHome.co.uk for a fixed-fee of just £995, and get your home valued for free.