Is the ‘Waitrose effect’ set to backfire?

If living near a Waitrose can boost house prices, what happens when the high-end supermarket leaves your area? 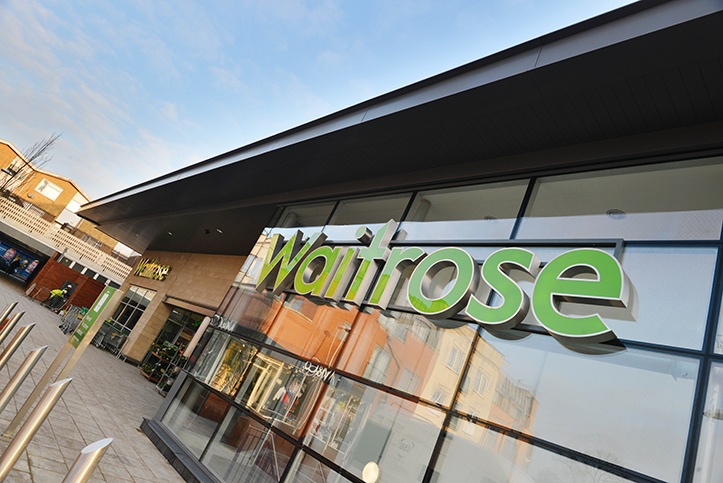 They call it the “Waitrose effect”. Countless studies have shown that living near to a brand of the high-end supermarket can add thousands of pounds to the value of your home. Just last month new research from Lloyds Bank found that homes in the same postcode as a Waitrose cost, on average, £43,571 more than those in the wider town in which they’re located. Living near a Marks & Spencer or Sainsbury’s can boost house prices by £40,135 and £32,707 respectively but it’s Waitrose that has the biggest impact.

What happens then when your local Waitrose closes down? It’s a question some homeowners may be asking themselves following the news that the supermarket is set to close a number of its stores. Branches earmarked for closure are:

So should homeowners in Manchester, Birmingham and London start expecting house price falls? Apparently not.

“While the location of certain high-end outlets tend to be positioned in more affluent areas where the property market is concerned, homeowners in these areas should rest assured that their property value is unlikely to plummet as a result of Waitrose vacating the area,” says Russell Quirk, chief executive officer of emoov.co.uk.

“The UK market has remained impervious to much larger external factors, both political and economic, and while the decline of a high-street as a whole may impact the local market, these desirable shop spaces will no doubt be repopulated by another business.”

Indeed, it seems that acquisition is already under way with The Co-op Group just announcing it will take over the two Little Waitrose convenience stores in Manchester (on the approach to Piccadilly Station and in Spinningfields), as well as the stores on Colmore Row in Birmingham City Centre and Portman Square in central London. A fifth Waitrose store, a small supermarket on Camden High Street, will become an Aldi.

“We are pleased to have worked with Waitrose to agree the purchase of four of its convenience stores.” said Stuart Hookins, the Co-op Group’s director of property portfolio and development. “Our aim is for stores to be at the heart of local life, creating stronger communities and offering great quality products conveniently, when and where our members and customers need them.”

That’s good news for homeowners as the Lloyds Bank survey also revealed properties near an Aldi have seen their values rise by 15% over the past four years.

Paula Higgins of the HomeOwners Alliance summed up the situation, “While the amount added to the value of your home can be even greater if located next to a brand which is perceived as upmarket, there are many other drivers of house prices beyond having a high end supermarket on your doorstep. The most important thing here is that large flagship stores near your home aren’t left empty. ”