The Brexit effects: To move or not to move?

It's been (another) long, turbulent week in politics as Brexit negotiations push towards the leave date of 29 March 2019. What does this all mean for homeowners looking to move house or first time buyers getting on the ladder? We ask the experts. If you’ve watched the news, read a newspaper or, you know, just been alive in the last few weeks you’ll know that the UK’s decision to leave the European Union is not exactly going smoothly. While negotiations are messy and the politicians on all sides argue about the course of action, the current plan remains for us to quit the Union on March 29th next year. So how is the chaos at Westminster impacting the housing market?

Whilst we know that economic instability can sometimes play a part in a homeowners decision on whether to sell up or stay put, can the same be said for Brexit? Are homeowners also choosing to remain rather than move until the battle with Brussels is over? According to our latest research, it doesn’t seem so.

As part of our recent Annual HomeOwners survey, we asked homeowners who had considered a move but chosen not to what was behind their decision. While property prices and a lack of suitable homes were popular answers, just 11% said their decision to stay where they are was based on concerns over Brexit.

So what do the experts think? Should we be holding off on putting those ‘For Sale’ signs up until next summer by which time we will have, ahem, seamlessly left the EU? Or should we be carrying on regardless? 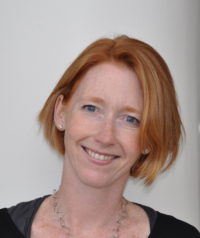 “It’s completely understandable that everyone – regardless of whether or not they own a home – is feeling a little uncertain right now as the political world descends into chaos and predicting what will happen later today becomes impossible, never mind looking ahead to next year. However our figures show very few people are putting off major life decisions – such as moving house – because of what’s happening in Parliament. And rightly so.”

“In these situations, it’s obviously important to have an eye on the bigger picture, but it’s much more useful to think about your own situation. If you’re planning on moving there’s no reason not to, there will always be people looking to buy. I think it’s very unlikely a buyer with their heart set on a property just like yours will decide against making an offer because they’re unsure what Boris might do next.” 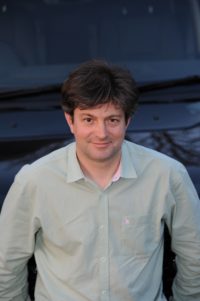 “I don’t think that the Brexit effect will really be seen until Q4 this year and Q1 next. Just like New Years Eve 1999 when people wondered if planes would fall out of the sky or if my microwave would stop working because of the Millennium Bug I expect that 29th March next year will have a similar effect. Who seriously ‘knows’ what the impact of our actual divorce from Europe will be? Clearly, the experts in Westminster haven’t a clue so why should the poor public? Who in their right mind isn’t going to think about postponing their biggest single purchase until at least next June? Only Jacob Rees-Mogg!

“The three D’s will continue to provide a supply of sellers over the next year – death, debt and divorce won’t wait for Mrs May and Co to sort this out but there will be far fewer buyers who ‘must’ purchase. As a professional buyer, I am expecting to be especially busy as the more squeamish buyers ask for help making what in more normal times might be considered insulting offers. Brexiteers may claim that like other ‘Project Fear’ predictions the anticipated damage to house prices has not been felt but I suspect they will be a bit more muted in a years time. Some sellers are really going to suffer this winter. Some buyers will get some serious bargains.” 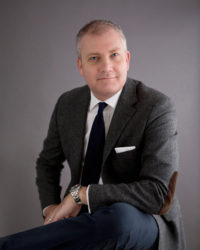 “This research shows that Brexit isn’t the driving factor behind many UK home sellers looking to move or stay put and while we have seen the market slow due to the uncertain future of our partnership with the EU, the market is showing positive signs of recovery across the board.

“While this may strengthen once a Brexit deal is finalised there is no guarantee as to the outcome, and so those looking to sell should rest assured that now is as good a time as any to sell their home and later, might not necessarily be better.”