Stamp duty? That’s just the tip of the iceberg…

With news that planning applications had sky rocketed and that stamp duty was to blame, consumer journalist Christine Toner looks at evidence that suggests stamp duty is only one of the factors at play 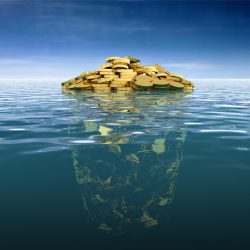 Problems in the housing market – is stamp duty to blame?

If latest research is anything to go by the housing market is facing yet another problem at present – to put it simply, it’s stalling. And why? Because a huge number of us homeowners are staying put and extending our current homes instead of moving up the ladder and, in doing so, freeing up homes for first time buyers.

According to figures from Halifax Insurance, the number of planning applications for home extensions soared by 27% over the last five years. In London, meanwhile, applications were up 60%.

The reason for this, say the experts, is that stamp duty is putting people off – implying that we’re willing to spend thousands on an extension but less willing to spend it on what feels like an extortionate tax.

But is that the case?

Stamp duty is definitely a cost we could do without when trying to work our way up the property ladder (or, indeed, get on it!), but to claim it’s the overriding and only factor driving us to stay home and improve is, in my view, a reach.

Moving home is hugely expensive. Buying a home is out of many people’s reach to begin with, and buying a more expensive home once you’ve done that is a challenge many people can do without.

Indeed, according to a study by Lloyds, a quarter of first time homeowners looking to move up the property ladder find it harder than buying their first home. Lloyds’ ‘Second Steppers’ report reveals over a third (35%) will delay having children or have less children than they originally planned due to the challenges involved and more than half (56%) say it’s taken longer than expected to buy their next home due to low savings rates.

There are also challenges on the demand side, with 39% claiming it’s harder to sell their current property now compared to 12 months ago.

Let’s add to that the fact the country has been gripped by uncertainty over the last 12 months following the EU referendum, the fact that wages are being squeezed thanks to higher inflation and the fact that barely a day goes by without a newspaper reporting on the ongoing housing crisis and it seems amazing that anyone would be willing to move at the moment.

Stamp duty still needs addressing and we continue to campaign for it’s reform, but sadly it’s just the tip of the iceberg when it comes to the barriers to moving home faced by homeowners.