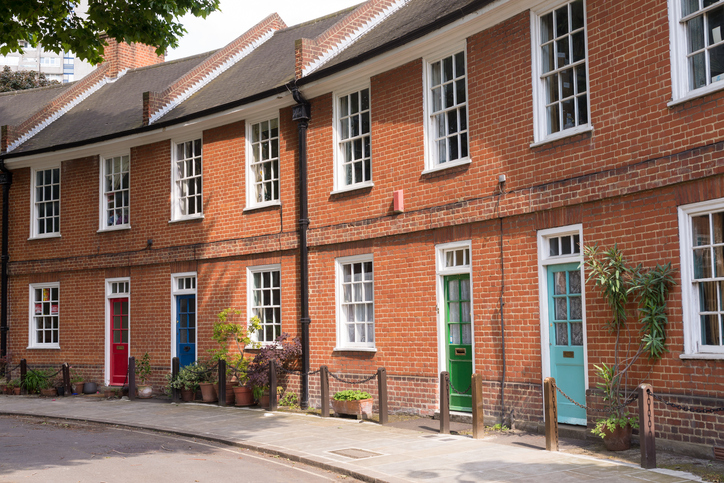 It’s no secret that property price growth across the UK market has been subdued since the Brexit vote. In fact, across the UK the average house price has risen on average by just 0.37% a month since the decision to leave the EU.

But despite positive growth having been reported over the last few months, latest research by leading online estate agent, eMoov.co.uk, has highlighted that even if the market continues stalling (ie rising by only 0.37% a month), the average UK house would still hit £347,757, an increase of 56% over the next decade – not exactly a poor return for UK home buyers.

Below eMoov’s latest research looks at 18 major UK cities to see where is the best bet for the largest house price increase, based on monthly growth since last June.

London has seen a real slowdown in price growth since Brexit and so although the capital would still be one of the most expensive cities in the UK (along with Oxford), it would have seen one of the lowest percentage increases in value.

Even those that have seen some of the smallest monthly price growth since Brexit would still be in for some return on their investment, albeit smaller than elsewhere across the UK.

“With latest industry figures indicating an end to the post-Brexit market slowdown that has seemingly plagued the market over the last 18 months, many UK homeowners will be breathing a sigh of relief, despite having still enjoyed a notable annual increase in their property’s value.

Although these recent slower rates of price growth are unlikely to persist going forward, and we are by no means predicting they will, this research demonstrates that the outlook would still be rather positive and far from the apocalyptic prophecy’s many have talked the market down with since the Brexit vote.” 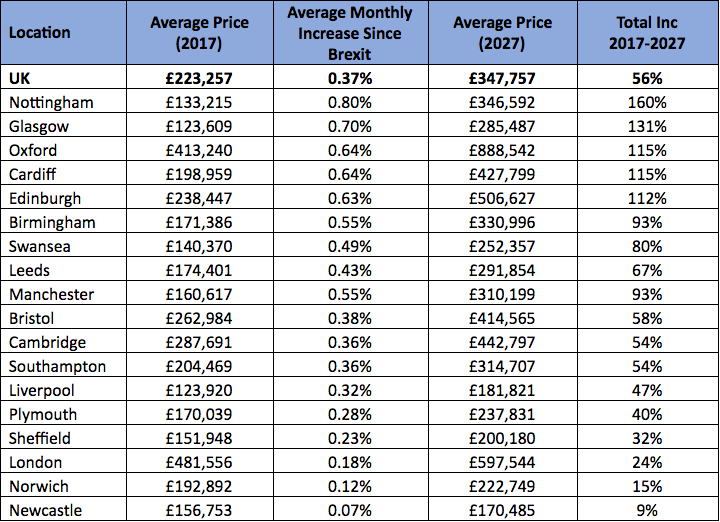 How is this calculated?