When choosing how to sell your home it can be hard to know whether to list with one of the big brand estate agency chains or a local firm, but new research from HomeOwner’s Alliance could give you a valuable steer 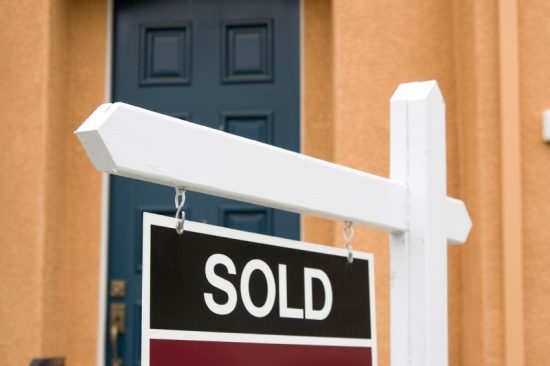 We found that home sellers could be missing out on thousands of pounds by opting for well-known estate agent chains rather than local big-hitters. The important thing is to look at which agency has the greatest share of the local market rather than simply opting for the most well-known brands nationally.

Analysis by our ‘EstateAgent4Me’ tool has shown that, when choosing an estate agent to get the best price for your home, those with a larger share of their local housing market are more likely to sell a property and to achieve the asking price.

The top third of agents by market share in their area have a 61% success rate of selling properties on their books, compared to just 53% for agents in the bottom third.

The data shows that local market share is a better indicator of success than a well-known brand, and there is no evidence to suggest that national chains perform better than local agents.

In Tonbridge (Kent) for example, independent agency Bracketts has 29% of the local market. The agency has a sales success rate of 68%, usually achieving the asking price.

In Burnham Crouch (Essex), the chain Church & Hawes has 33% of the local market and has a sales success rate of 65%, usually achieving 98% of the asking price.

The figures are based on 65,000 enquiries to the HomeOwners Alliance EstateAgent4Me service between June and November 2016. EstateAgent4Me provides home sellers with performance data on local estate agents, to help homeowners get the best agent for their needs.

Paula Higgins, chief executive of the HomeOwners Alliance, says: “Agents with a larger market share – and possibly several local branches – are likely to have a bigger network of interested homeowners, so your home is actively sold to more people.

“It is also possible that smaller agents are less likely to achieve the asking price because they are more tempted to put in a high asking price in order to win business in the first place. Successful agents can afford to be more realistic.

“There is a virtuous circle where successful agents win more business, making them busier.”

12 is the magic number

Separate research by HomeOwners Alliance recently found that 12 days is the optimum length of time for a property to be listed on the market in order its achieve the maximum sale price.

Any less or more than 12 days on the market means that sellers accept, on average, less than their original asking price. However, agents with an average selling time of 12 days achieve 100.89% of their stated price.