Are you moving to a burglary hotspot?

As new data reveals the postcodes with the highest burglary rates, how can you check you're not moving into a crime hotspot? 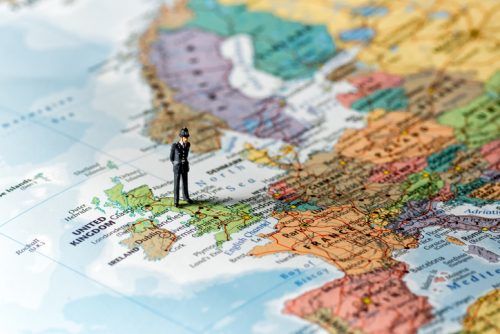 You’ve found your dream home, mentally arranged your furniture in each room and can already visualise where your Christmas tree will go. Now it’s time to do the necessary checks on the area. Anyone with the remotest interest in property knows location is massively important and most of us know the information we need to find. Are there good local schools? (Vital) Are there decent local pubs? (Essential) Are there plans for any new developments that could turn a sleepy village location into a bustling estate? (Also pretty important) But there’s one check we may well be missing out – how many burglaries have been committed?

Granted, it’s not the nicest thing to discuss when looking for your dream move but it’s essential and not just because you want to avoid being the victim of such a crime.

Latest research from MoneySupermarket.com reveals London is still the UK’s burglary capital with 16 out of the top 20 burglary hot spots occurring there, based on the number of home insurance claims over the last two years. North London in particular seems to be a favourite spot for burglars’ with Whetstone (N20), Chadwell Heath (RM6) and Clayhall (IG5) all featuring in the top five and Redbridge (IG4) in North East London taking the top spot.

Outside of the capital Leeds (LS8), Chorlton-cum-Hardy in Manchester (M21) and Cambridge (CB5) make an appearance in the top ten.

Crime doesn’t pay… but researching it does

The crime rate in your local area can have a huge impact on the amount of home insurance you’ll have to pay, your car insurance and, of course, your ability to sell your property should you want to move in the future.

If you’re already living in an area with a high crime rate there are measures you can take to try and reduce your insurance premiums but if you’ve yet to move into a new home, it is worth doing your research on the amount of police activity it sees.

There are a number of ways you can do this and obviously the more thorough you are in your research the more likely you are to get a good idea of what the area is like.

Websites such as Police.co.uk and Crime Statistics are great for accessing hard facts about crime rates. Each feature detailed ‘crime maps’ when you enter a postcode, with information about crimes reported each month and a brief description of each crime.

Although it’s worth noting that when we used the sites to test them out each gave different figures despite both reportedly being produced from police data – remember what they say about statistics.

Our Watch is also a handy tool for finding the local neighbourhood watch scheme for an area (if it has one). The local Watch should be able to give you some guidance on the area.

Local news papers can give a good indication of how safe – or not – an area is. Most will have a website so take a look at some recent stories they’ve covered and decide if that gives you a good feeling or not. If in every other issue there’s a piece on a burglary, violent crime or general antisocial behaviour it may be something to be concerned about.

Of course, if you know people in the area a good starting point is to ask them their thoughts, though be aware they may not be too forthcoming in admitting they bought a house in a crime den!

Finally, in case it needs saying, it’s probably not worth asking the sellers. Naturally, they’re unlikely to tell you anything that might deter you from making an offer – unless you’re dealing with a particularly honest and conscientious one that is.

Buying a home? Protect your money

If your purchase falls through, HomeBuyers’ Protection Insurance helps cover up to £1,500 towards: