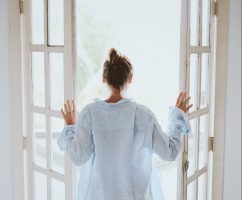 2016 has been a tumultuous year across the world, what with multiple celebrity deaths, the election of Donald Trump and the political and economic uncertainties caused by Brexit.

What surprised us here in north Norfolk was that Brexit actually led to more certainty in the market and sales accelerated. There was a pre and post Brexit inertia but that seems to have dissipated, with a higher number of new instructions last month as sellers awakened from the extended lull and decided to move. We felt Brexit overall had a positive impact on the housing market.

It’s not just people in London who struggle to get on the property ladder, where average house prices are set against average salaries at a whopping 14.2. Cambridge, not far from us here in Norfolk, is close on London’s heels. In many of our local honeypots, property can start at £400,000 – in salubrious Burnham Market, for example.

The charity Shelter has estimated that the government target of an extra million new homes by 2020 will be missed by 250,000, due to the political and fiscal repercussions of triggering Article 50.

We feel that with interest rates remaining low, and demand for rented accommodation high, this market will continue to grow in 2016 with capital growth yields assured. There won’t be spikes in price growth, the watchword here is “steady”.

But – although you may disagree – we have noticed an increasing trend of younger couples taking the property purchase plunge and properties below £200,000 continuing to generate interest and quick sales. Tempting mortgage deals, providing strict lending criteria can be met, can often result in mortgage repayments below rental prices here in East Anglia.

Is this happening in your part of the UK too, we wonder?