What does a Conservative election win mean for homeowners?

With votes nearly counted, the Conservatives are on course for a win. What does this mean for homeowners and what have we missed out on?

Will the housing crisis now be fixed?

Housing featured higher than ever before in this year’s election campaigning. Why? Because it is a problem felt by more of the electorate than ever before. And because the solution appears more obvious than ever. We need to build more homes to meet supply. Governments have failed to get enough homes built over the last thirty years and we are feeling the consequences: sky high house prices are increasingly the norm and a whole generation being priced out of homeownership.

The Conservative party committed to 200,000 new homes over the next five years. They will make them available at 20% below market rate and reserved for first time buyers. That’s good news for those currently priced out of homeownership.

As well as a clear, strong commitment to build new homes in big numbers, today’s housing crisis will require the Government to facilitate (bully/cajole/whatever it takes) to get UK house builders building more, as well as working with local authorities and agencies to unblock the planning system and release public land and brownfield sites.

With this in mind, the Conservative’s promise to unlock brownfield sites was a welcome move. A London Land Commission will help release brownfield land owned by the public sector in the Capital for building, which is another tick for them in our view. They have promised a £1bn brownfield regeneration fund to unlock sites for 400,000 homes.

The Conservative party have promised to extend the popular Help to Buy scheme.

Buyers with a five per cent deposit can apply for a five-year, interest-free government loan equivalent to 20 per cent of a new-build property’s value under the existing Help to Buy Scheme. This scheme has been extended to 2020. Read more about how the scheme works here

The Help to Buy mortgage guarantee scheme allows potential buyers a better chance of a mortgage to buy a home (old or new build) with a five per cent deposit, with the government protecting lenders if the borrower defaults. This has been extended to 2017. Read more about how the scheme works here

The Conservatives have also introduced a new Help to Buy ISA for first-time buyers to help them get a deposit for a house.

Critics say Help to Buy could lead to a stoking up of demand and increasing house prices. But if the Government can build the new starter homes in areas of need, then the Help to Buy mortgage guarantee, Help to Buy equity loan and ISA is a great overall package to help first time buyers across the country get closer to their dream of homeownership.

Under a Conservative second term more of us will be able to pass your home onto your loved ones without worrying about inheritance tax. The Conservatives promised a new £175,000 per person transferable allowance for married couples and civil partners when their main residence is passed down to children on death.

This would mean that – combined with the existing £325,000 nil-rate band each person has on death, parents would be able to pass on property worth up to £1million free of inheritance tax.

This flagship Conservative policy means that tenants of housing association properties – about 1.3m across England – will be able to buy their home at a big discount under a new ‘Right to Buy’ scheme extension.

The HomeOwners 2015 Annual Survey identified a number housing policies that the electorate supported.

The survey, carried out by YouGov, found that the overwhelmingly most popular policy would be a requirement for developers to market homes in the UK before marketing them overseas, a policy put forward for Londoners by Boris Johnson, with 80% of adults supporting it and only 3% opposed. Will we see this popular policy broadened beyond London with a Conservative second term?

The HomeOwners Annual Survey identified the second most popular housing policy, proposed by Labour, is charging higher council tax rates on homes that are not occupied year round, with 70% supporting it and only 13% opposed. The Conservatives have not hinted at taking this up. 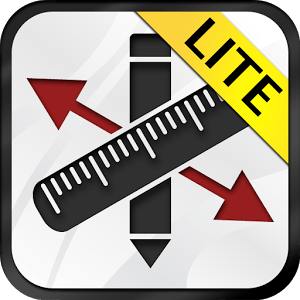 The Lib Dem policy of having more council tax bands at the higher end through a process of revaluation to make sure it’s not regressive may have made for a fairer housing system and is one approach people preferred according to our survey of major housing policies. At the moment, the way council tax is calculated is a bit like paying a lower proportion of VAT on a Ferrari than a Ford.

What will the HomeOwners Alliance be campaigning for?

As well as relaying the response of homeowners to our 2015 Survey, we will continue to lobby for improvements in the areas that most frustrate the homeowners that come to us for help. Top of our list (this is the edited version!) is:

1. To make buying and selling houses more certain and predictable

Buying a home is one of the most stressful times in people’s lives but it doesn’t have to be so. Let’s stamp out gazumping and gazundering. We think the fix is simple. If a seller pulls out of a purchase before exchange, they should be required to pay the costs the buyer has incurred – survey costs, mortgage costs, as well as compensation.  And that the price agreed after the survey results is binding – to stop one party take advantage of the other by last minute price negotiations.

Many of our visitors and members are leaseholders struggling to extend their lease before they depreciate in value. It’s costly, complicated, stressful and only acts to line the pockets of freeholders.

There are 4.1 million privately owned leasehold homes in England, and 1.9 million flats rented in the social sector. That’s 25 per cent of all housing. The number of leaseholds is only set to grow: over the last 10 years, 40 per cent of all new build has been flats, with that figure rising to almost 90 per cent in the Capital.

With all the new house building no doubt starting next week (well, we can dream) isn’t it time the government reformed the system and unleashed homeowners from this costly bureaucratic and outdated form of property ownership?  By continuing to sanction leasehold we continue to make life difficult for leaseholders.

OK, less of a policy change this one, and more of no-brainer. With our housing system in crisis, we hope that the Conservative Government starts off on the right foot by appointing a Cabinet-level Housing Minister to oversee the much needed programme of building. If it isn’t discussed at Cabinet then it’s our view that the housing crisis is going to continue to be just that.