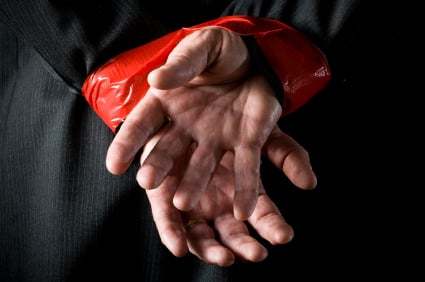 We may not like the idea of a tax on assets – including our homes – but none of us can say that it is wrong in principle: after all, that is what council tax is; and, we have to pay stamp duty when we sell and inheritance tax when we die; if a property is not our only or principal home, we also have to pay capital gains tax. Inherent in each of those taxes is payment according to value. Inherent in any tax is that it may rise when needs must: at the present time, the deficit demands increased income and to meet it by raising taxes is – again – in principle unexceptionable.

Mansion tax raises hackles for entirely different reasons. We have been brought up in a society in which home ownership is both a universal policy and a widespread ambition: at its peak is “outright” ownership, which is not only to say ownership without mortgage but (subject of course to planning and other “neighbour” laws) without any other encumbrance. It is not merely a material condition but a deep-seated social, emotional or – dare I say it – even psychological state of mind representing the achievement of security, freedom from accountability to others, confidence.

Mansion tax cuts right across this: however hard you have worked to acquire outright home ownership, you will now have to pay a tax to be able to live in your own home. It is as if the government suddenly announced that it was going to subject ISAs to income tax and/or capital gains, including those many people who have maximised their accounts since they began in order to be able to enjoy an element of tax-free income in later years. No party would dare propose it: too many people would be affected, it would be descried as retrospective. There is a similar retrospective element in mansion tax, in the sense that it is taxing past decisions intended to govern future arrangements in a way that would never be undertaken or accepted in relation to other forms of tax, indeed that would automatically be subject to exemptions.

My own original proposal, in a letter published in The Times, February 13, 2013, was that the government should bite the bullet and engage in full council tax revaluation, bringing in more bands, including new higher bands, instead of clinging to 1991 values: this would provide an equitable spread in which not only would the owners of more valuable properties doubtless pay more but the owners of properties at the bottom end could pay less than now, if not be freed from the obligation altogether. It brings with it a discipline: a system in which there is a reasonable and logical gradation rising to (say) £2,000 (not atypical of Band H in London today) but which then jumped to £12,000 with no bands between would be obviously wrong and inherently unsupportable.

Revising council tax is not only fairer but easier and quicker to implement, comprising a desk-top assessment (as for 1991) from which there may be the occasional appeal, in contrast to a tax based either on exact values (which would generate a continuing stream of appeals) or on such substantial differences that, likewise, appeal will commonly be worthwhile. Finally in its favour, it disposes of the absurdity of continuing to use values that are 23 years out of date, even when valuing brand new properties, over a period during which the housing market has changed dramatically not once, not twice but several times.

The downside of the system is not the cost of implementing it – I repeat, this is a desktop exercise which valuers are perfectly capable of implementing and doing so fairly accurately. Rather, it is the prospect that too many people will be affected: it is the refusal to take this approach which exposes mansion tax’s populist, electoral agenda, targeting a group of people believed to be small enough not to comprise an effective electoral downside rather than spreading the burden of the need to raise more money across people – or even property – in an even-handed way.

The tax is also unfair because it is selective in a way that lacks a rational basis. One person owns a home – say, in London, as it will usually be – which is worth £3m and is likely to be subject to an annual mansion tax of £10,000 (on top of council tax). Another owns a flat in town worth £1.6m and a country house worth £1.4m and will pay no mansion tax at all.

It is true that he or she will (i) pay two lots of council tax, and (ii) will have to pay capital gains tax on sale of the property which is not the only or principal home. If mansion tax could be said genuinely to relate to these two points of distinction – to comprise a rational balance – then (while it would not defeat the next point) it might at least not be as unprincipled as it currently appears to be.

This brings me to the point which in terms of importance should arguably have come first but is the one which is already attracting most attention. It is encapsulated in the reference in the front page article about mansion tax in The Times, September 23, 2014, to “wealthy home owners”, a description that will have angered numerous people who may well own houses that are now valuable but who are themselves anything but wealthy. There are many who have bought quite modest homes decades ago and continued to live in them expecting to be able to do so for the rest of their lives but who will now be forced out for want of sufficient income to pay the tax on property values that have risen outside their control (or, indeed, their interests), at an age when they have either passed or are too near to the end of their earning years.

To be fair, both the Liberal Democrats when they introduced mansion tax, and Labour when they co-opted the policy, recognised from the off that this group is a problem. A spokeswoman at the Labour Conference (Karen Buck MP) went so far as to say that there would be measures such as relief or deferral, and the Liberal Democrats included a right of deferral in the initial discussions.

Deferral is the right to leave the tax as a charge on the property, until its sale (or, which no one says but everyone means, death). This, however, puts these home owners back in the position of having a mortgage, giving the local authority an interest in their homes, making it a part-owner whose permission will be needed, for example, for most improvements and alterations they might wish to carry out (including those to allow them to stay on as age encroaches): most elderly home owners would rather go without than feel that they no longer own their homes outright. It may avert the spectacle of people being evicted from their long-standing, long-owned homes, but it cuts right across what I earlier referred to as a social, emotional or psychological state of mind.

“Relief” is more interesting: it depends what is intended. It is certain not to mean some form of “mansion tax benefit” – that would have to be on a basis which excluded the value of the house altogether which would not only cut across existing principles of social security law but across the policy itself. If, rather, it contemplates some sort of exemption, then it may be on the right track.

The form it could take is for an exemption from the tax so long as the person or one of the persons who would be liable for it resides and has continually resided in the property as his or her “only or principal home” since an appropriate date, probably meaning the date when mansion tax first began to be seriously suggested, i.e when the Liberal Democrats first proposed it, thus avoiding much if not most of the retrospective element to which I referred above, subsequent buyers having been at least to an extent “on notice” of the risk.

The approach means that property owned by a company cannot be exempt (because a company cannot reside); likewise, property owned as an investment will not be exempt. The phrase “only or principal home” is extremely well-known to the law. It does not exclude those who have an additional “holiday home” elsewhere, but the phrase is narrower than “a ” residence when people can have two or more homes even if they only occasionally use one or some of them: it does have to be the only home or the principal home.

It is not suggested that the individual has to have held any particular interest in the property throughout, though will currently be the owner or leaseholder: this allows, e.g., children who have continued to live with their parents and who have inherited the property not to have to pay the tax (on top of the inheritance tax they will – in these circumstances – certainly have to pay); it would also bring in the tenant who has lived in the property since before the relevant date but bought it subsequently; the primary group protected, however, will be owner-occupiers who have planned to stay in their homes as long as they can, perhaps for life.

There is another alternative, so obvious that I hesitate to speculate about why it is not being pursued, or even addressed so as to dismiss it if it is not viable or does not produce enough. The current exemption from capital gains tax applies – as I noted above – to what is occupied as an only or principal home, without any limit: if neither the obvious course of updating council tax nor a mansion tax with an exemption for “continuing occupiers” is to be adopted, might an alternative solution not be to limit the scope of the exemption from capital gains tax on sale to a sum such as £2m?

That would be a real mansion – rather than a happenstantial – tax.

Andrew Arden QC is a barrister practising from Arden Chambers, London, and the General Editor of the Encyclopaedia of Housing Law, the Housing Law Reports and the Journal of Housing Law, as well as the author of numerous other works on housing and local government law, including Local Government Finance Law and Practice. He also writes a regular blog on housing matters for the Legal Action Group.