The Green Deal is one year old this month. So how has it fared in its first year? The HomeOwners Alliance’s very own sustainability adviser, Dr Paula Owen, gives us her insight. 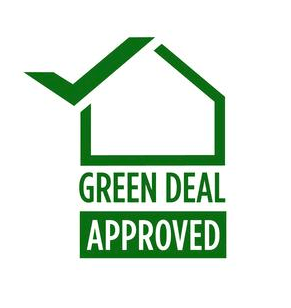 Despite all the fanfare and the bold claims by Greg Barker on Radio 4’s You & Yours that he was confident in seeing 10,000 householders signed up to the scheme by the end of this year, the Green Deal has got off to a less than speedy start.

So the ‘score on the door’ for sign-ups to Green Deal packages currently stands at just over 1,000 households, with over 100,000 Green Deal assessments completed by the end of October.   Home owners spent £15 million pounds on these assessments for  just a one in a hundred take-up rate!

Why such a low conversion? Why is the Green Deal not seen to be a Great Deal by the British public?

Despite the attractiveness of no upfront costs to install expensive energy saving measures such as new boiler system or solid wall insulation, this was seen as the biggest barrier to energy efficiency take up in the past,  the public are simply not biting in the numbers Greg Barker needs to sleep well at night!  Here are a few of the reasons why I think it is not happening:

1)     The interest rate.  At between 6-9% the interest rate charged it is not the cheapest way to borrow money, and the repayments may stretch out to tens of years for the more expensive measures such as external solid wall insulation.

2)     The ‘cowboys’ entering the market.  As I blogged about in the summer, and You & Yours picked up on soon after, as soon as the scheme was underway the inevitable con artists and rip off merchants started entering the market, charging exorbitant sums for a Green Deal assessment and taking money up front for works that were not completed.

3)     The uncertainty of what effect the Green Deal might have on your house price and ability to sell.  In my opinion this is an unwarranted concern as Green Deal measures are going to add value to your home as they make it warmer and cheaper to heat.  But some commentators have expressed concern that people might be put off buying a home with a Green Deal loan attached to it.  This is a result of a novel twist to the loan that it stays with the home not the inhabitant when they move on, leaving the new owner to pay off the remaining loan amount.

However, it is still early days in the life of this scheme, and its new features means people will take some time to understand it and realise its benefits.  At its core it is a great idea – taking away the biggest barrier to installing energy efficiency measures – the upfront capital cost.  Let’s hope we can wish the Green Deal happier returns on its second birthday.